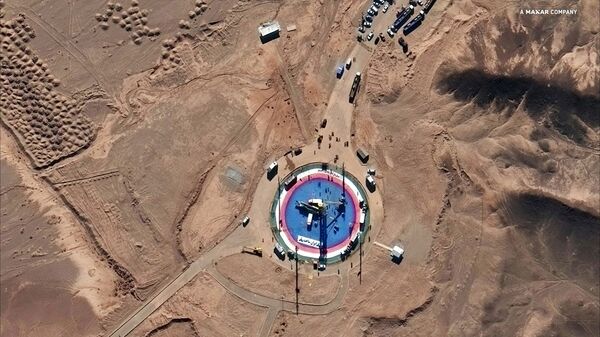 The tensions in the region peaked after several incidents involving foreign tankers, including the capture of a UK-flagged ship by Tehran last Friday following the seizure of an Iranian vessel by the British Navy near Gibraltar. The US and several European countries are now planning to patrol the area near the Strait of Hormuz.

Tehran launched a medium-range ballistic missile that flew 1,000 km late Wednesday, CNN Pentagon correspondent Barbara Starr reported, citing an unnamed US official. According to her, although it was a Shabaab-3 test launch that “did not pose a threat to shipping or US bases” in the region, it was part of the Islamic Republic’s efforts “to improve the range and accuracy”, as the intelligence assessment suggests.

Iran late Wednesday test fired a medium range ballistic missile that traveled 1,000 km. While the Shabaab-3 missile did not pose a threat to shipping or US bases, the intelligence assessment is its part of Iran’s efforts to improve the range and accuracy :US official

​Fox News also reported about the missile test, citing an unnamed US official and noting that the shell travelled from the southern parts of the country to an area outside the Iranian capital.

​However, a senior administration official has declined to give the US broadcaster any comment but said that they are “aware of reports of a projectile launched from Iran”. Tehran has not commented on the reports yet.

The reports about the test launch come amid an escalation of tensions between Iran on one side and the US and its allies on the other side after an Iranian vessel was seized by Gibraltar at the request of the US over suspicions of being involved in oil shipments to Syria in violation of EU sanctions. Two weeks later, Iranian forces seized a tanker with 23 crew members onboard in the Strait of Hormuz over alleged violations of international navigation norms.

In response, the US vowed to escort its ships with the help of the maritime and air forces in the region and called on its allies to join and ensure the security of commercial navigation together. Several European countries, however, are reportedly mulling to launch a separate mission, as the UK earlier suggested. A British Royal Navy vessel has already received an assignment to accompany all vessels under the country's flag sailing through the Strait of Hormuz, the Defence Ministry recently stated.