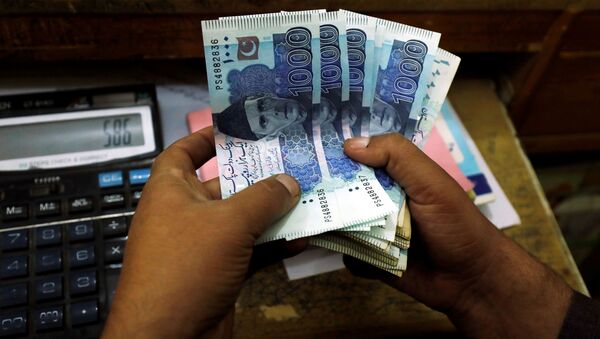 The Federal Board of Revenue (FBR) has set up the FATF cell with the aim of gathering information on reported incidents of terror financing through currency smuggling.  The FATF cell will monitor customs compliance issues, Federal Board of Revenue field formation activities, as well as its directorates and records of its meetings, Pakistan’s daily Dawn reported on Friday.

According to the report, the Director-General of Intelligence and Investigation, Waheed Marwat, based in Pakistan’s capital city of Islamabad, will oversee the FATF cell’s operations.

One of the FATF’s recommendations is for Pakistan Customs to install an effective tracking system to deal with currency smuggling and terror financing, particularly at the country’s entry and exit points.

Pakistan Customs is determined to identify whether proscribed entities and individuals are using illegal money.

In the last five years, Pakistan Customs arrested 144 people on currency smuggling charges. Over 30 of these 144 persons apprehended in Fiscal 2018-19 alone.

Since 2014, the value of confiscated currency is estimated at $5.6 million (over 902 million Pakistani rupees) from just 118 cases. At least 65 of the 144 arrested were convicted, and only 19 were acquitted.

On the enforcement side, all of Pakistan’s 24 airports have a currency declaration system in place where every passenger has to declare cash in their possession voluntarily.

In June 2018, Pakistan was placed on the grey list of FATF jurisdictions for not doing enough in the way of counter-terrorist funding and anti-money laundering measures. Subsequently, the country agreed to implement a new, time-bound action plan endorsed by the FATF.

The FATF, during its 3rd plenary meet in the US city of Orlando, Florida last month, highlighted that Pakistan had already missed two deadlines related to the implementation of the action plan announced in the previous year.

The inter-governmental organisation formed to check on money laundering across the globe has asked Pakistan to complete its action plan by October 2019, when the last set of action plan items are set to expire. If there is insufficient progress, the FATF will determine the next steps.