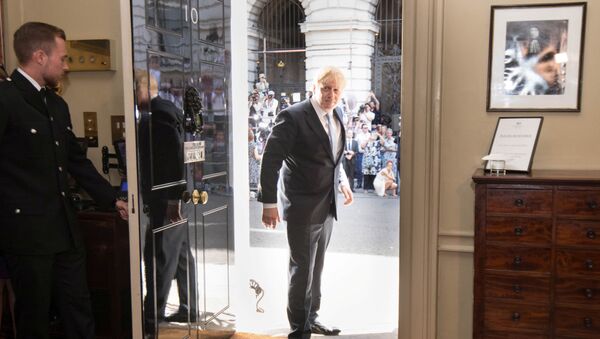 Tommy Sheridan
All materials
Boris Johnson has become Prime Minister of the UK in name only. He possesses not a morsel, a crumb or a grain of democratic legitimacy or political credibility.

Of the numerous empty soundbites and meaningless waffle he has uttered over the past forty eight hours surely his “we are going to restore trust in our democracy” drivel takes the biscuit. Democracy? Away and look up a definition Mr ‘Less Than One Percent’.

The word 'democracy' has its origins in the Greek language. It combines two shorter words: 'demos' meaning whole citizen living within a particular city-state and 'kratos' meaning power or rule. Under absolutely no circumstances can the elevation of Boris Johnson to Prime Minister based on the votes of 92,153 members of the selfish, self-seeking and self-serving Conservative Party be described as democratic. ‘North Korean servility’? A ‘palace coup’? ‘A grand fraud’? Yes to all three descriptions but never democratic.

The three appropriate descriptions above were used by Boris Johnson himself to describe the flitting of Chancellor Gordon Brown from Number 11 Downing Street to become Prime Minister in Number 10 Downing Street in 2007. The Blair/Brown New Labour Government at least had a working majority when the Prime Minister without public consent was appointed but it was undemocratic nonetheless. Gordon Brown was not an elected Prime Minister. He was appointed and therefore bereft of democratic legitimacy and credibility. Johnson agreed with that assessment in 2007 but 12 years later his egotistical enhanced hypocrisy is exposed for all to see. He often conjures up giants in his flourishes of verbal buffoonery but the reality is Johnson is a political pygmy without an iota of integrity.

The Tories are a minority government kept in office through bribes paid to the reactionary DUP of Northern Ireland. They have no authority to select a new PM. Sure they have the right to elect privileged public school boy Boris as their leader but the members who voted for him represent a tiny 0.14% of the 46 million people registered to vote across the UK. Pause and consider that statistic again. Not just less than 1% but less than 0.5% of the adult registered voters have decided who should become the Prime Minister of the three countries and Northern Irish enclave that constitute the United Kingdom.

It is not just undemocratic it is an outrage, a scandal and a disgrace that would never be accepted by a genuinely free and democratic press and media.

There should be outrage to compel oafish and inept Boris to go to the 99.86% of the electorate who have been ignored in this whole unsavoury modern putsch. Brexit was supposed to be an expression of people power, of sovereignty. Instead it has ushered in a millionaire coup d’état delivering the entity called Britain into the lap of the US. The extreme Donald across the Atlantic has called Boris ‘Britain Trump’. No wonder even 46,000 self-absorbed Tories couldn’t lower themselves to vote for Johnson. The realisation that the shorthand description of Boris by the most inappropriate President of the United States ever to sit in the White House is accurate is excruciatingly embarrassing for the third of the Tory Party who consider themselves discerning and alert.

Britain the entity has long outlived its usefulness and should have been retired to the scrapheap of history many decades ago but I confidently predict that the coronation of ‘Boris The Deceitful’ will be both significant and short-lived.

Significant because it will be a final spur to the masses in Scotland already committed to securing our freedom as a nation to finally grasp the Thistle and push us over the line via a new referendum or an electoral ultimatum which clearly equates a vote and victory for the SNP as the de facto opening of independence terms. But short-lived because the absence of democratic credibility and legitimacy will fatally undermine his premiership and force him to succumb to the scrutiny of a General Election which will be his ruination. Don’t unpack your bags at No10 Boris as you won’t be there long.

Scotland has rejected Tory governments for the last 64 years. In 2015 the SNP won the General Election in Scotland. In 2016 the SNP won the Scottish General Election. In 2017 the SNP again won the General Election in Scotland. Since the 2014 independence referendum the SNP has secured three separate democratic mandates to pursue IndyRef2. The Scottish Parliament has voted to hold IndyRef2. Westminster refusal to recognise the inalienable right of the Scottish people to participate in another referendum to determine our future amounts to dictatorship and betrays the true exploitative and undemocratic nature of the 1707 Act of Union which dissolved Scotland’s distinct sovereignty.

It was supposed to be a voluntary union. If so we have the right to ask the people of Scotland if they want to remain a part of it when, and as often, as the elected political majority decide without interference or subversion from Westminster. London rule alone is not a voluntary union.

“… we are going to fulfil the repeated promises of parliament to the people and come out of the EU on 31st October, no ifs or buts…” 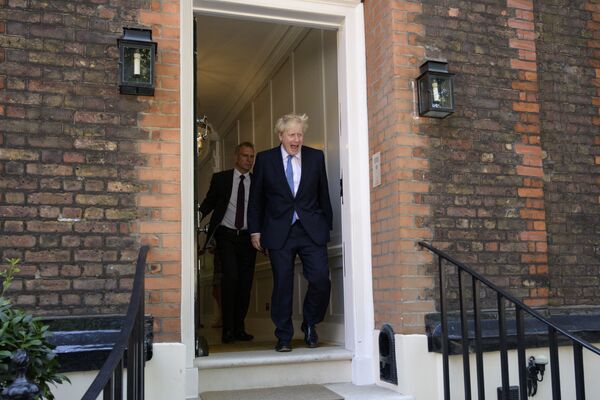 Johnson thinks he can deliver a new deal, a better deal, than Malevolent May. The other 27 countries in the EU will no doubt beg to differ. But here is the straw that surely breaks the independence camel’s back. We voted against the Tories in 2015 and 2017 as we have done in every election for the last 64 years yet we have a Tory government in office causing untold misery and pain, decimating public services and cutting taxes for the rich while imposing bedroom tax on the poor since 2010. Now Brexit, against the will of Scotland, will be delivered by 31st October. No ‘ifs or buts’.

The time for talk is gone. In Scotland we now need action. The SNP Government, on behalf of the democratically elected Scottish Parliament, must name the date for the next independence referendum, inform Westminster and put in place the democratic safeguards to ensure a fair and proper vote. That new referendum should take place either immediately before or after the 31st October Brexit deadline. Personally I prefer a day or two before but a few days after would also be fine. If Westminster refuses to cooperate with our new referendum and declares its intention to ignore it we should proceed regardless with the only proviso that as long as more than 50% of eligible voters in Scotland take part then the result must be honoured.

Should a snap General Election be called on the back of a Johnson Government failure to negotiate a new and acceptable Brexit deal and Parliament’s refusal to allow a no-deal exit then the SNP must clearly declare and advocate that a vote for them in that election will be an endorsement of independence and should they win that election in Scotland it will be the green light to immediately begin the withdrawal agreement after the election regardless of who forms the government. I sincerely hope and believe it will be Jeremy Corbyn who will win the election in England and Wales and that should mean the transition from domination by an exploitative partner to flourishing as good neighbours will proceed.

We are entering uncharted political waters but Boris Johnson will be the last Tory PM to ever rule Scotland and his shoddy and undemocratic appointment will be the final nail in the coffin of entity known as Great Britain.

*Views and opinions expressed in this article are those of Tommy Sheridan and do not necessarily reflect those of Sputnik.