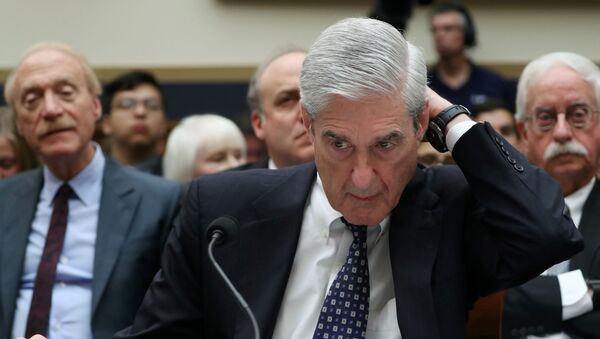 "This was seen by most Americans as a political exercise, not a legal exercise. I saw director Mueller as somebody who resents being used and abused by people... who can’t just move on with the business of America," she said Thursday on "Outnumbered Overtime."

Conway suggested that Democrats cannot get over the 2016 election results and thus still don’t know how to beat him in 2020. “When they're not losing impeachment resolutions, 323-95 last week, they're stirring up trouble with Bob Mueller... Very few Americans actually admit to having read the Mueller report and today we know that that includes Bob Mueller. He also didn't read the Mueller report.”

Conway said the American people shouldn't trust Mueller's word or his report blindly, because his legal team was rife with liberal-leaning political operatives, who were only interested in wiping away the results of the 2016 election.

"It’s clear to many people that those investigators whom the president has correctly called out, as some who have a partisan bent from the beginning - one of them, one of the top investigators was at Hillary Clinton’s not-so-victorious victory party on election night," Conway added.

​Mueller was called to testify in the US Congress before the House Judiciary and Intelligence committees regarding his report into alleged Russian interference into the 2016 presidential election, as well as alleged ties between Trump-linked officials and Russian actors. At the conclusion of Mueller's first hearing, White House Press Secretary Stephanie Grisham issued a statement to pool reporters, saying, "The last three hours have been an epic embarrassment for the Democrats. Expect more of the same in the second half."