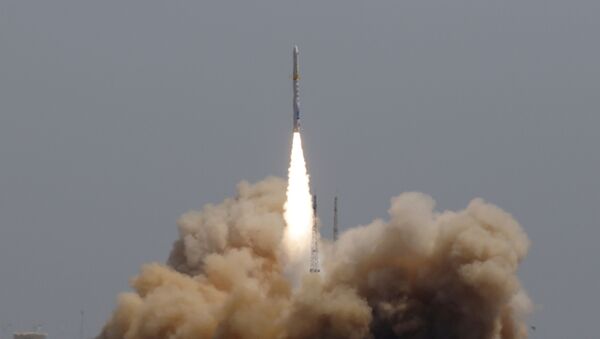 The launch of the carrier rocket Long March 2C took place at 11:57 a.m. local time (3:57 GMT) on Friday from the Xichang Satellite Launch Centre in China's southern Sichuan province. Shortly after the launch, all three satellites were reported to have reached the intended orbit.

The satellites will be used for electromagnetic probes.

On Thursday, Сhina carried out an inaugural launch of two research satellites into orbit aboard the SQX-1 Y1 carrier rocket made by iSpace, a private Chinese rocket manufacturer.