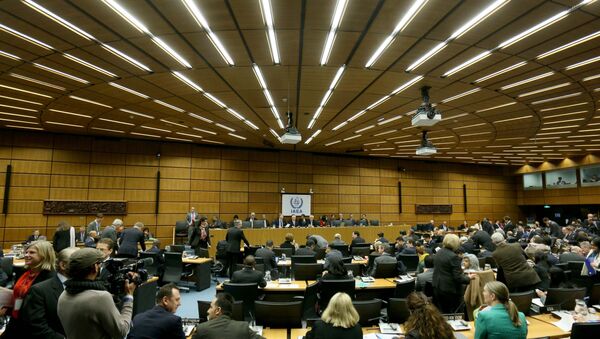 © AP Photo / Ronald Zak
Subscribe
The International Atomic Energy Agency (IAEA) is facing the choice of a new director-general with the passing of the organisations former head Yukiya Amano.

On 25 July the IAEA Board of Governors appointed the former Romanian ambassador Cornel Feruta as acting Director-General of the agency, said Russia's Permanent Representative to International Organisations in Vienna Mikhail Ulyanov.

The nomination for the post of a permanent head of IAEA was not raised at the session. Usually, the process of electing the director-general takes from 12 to 14 months. However, in these circumstances, the elections will be held in a shorter time and will take at least 6 months.

Earlier, a diplomatic source in Vienna told Sputnik that one of the candidates for the post of IAEA’s Director-General is the Ambassador of Argentina to Austria and Permanent Representative of Argentina to International Organisations in Vienna Dr Rafael Mariano Grossi.

Grossi represented Argentina in all forums devoted to these issues as an expert on security issues, disarmament and nuclear non-proliferation. From 2010 to 2013, he served as Deputy Director-General of IAEA. 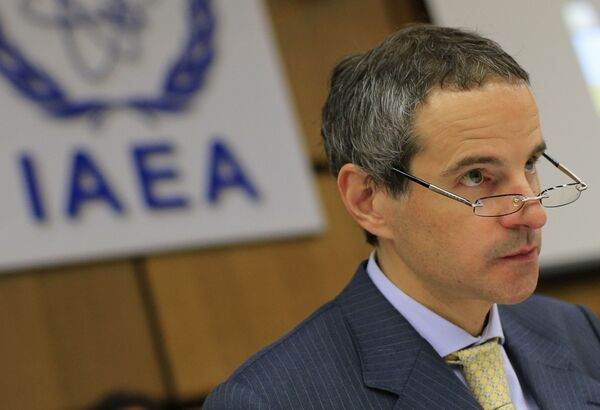 Notably, it wouldn’t be the first time for Grossi to have the prospect of becoming the head of the IAEA. In September 2015, the Government of Argentina, with the support of other countries in Latin America and the Caribbean, announced his nomination for the post of Director-General of the organisation. However, in 2016, the government of Mauricio Macri suspended its support, switching to the promotion of Susana Malcorra’s candidacy for the post of Secretary-General of the United Nations.

Since 2013, Rafael Grossi has been Permanent Representative of Argentina to International Organisations in Vienna.

In Argentina Rafael Grossi became known through his participation in the search for the disappeared submarine ARA San Juan (S-42) in November 2017. Grossi suggested studying the records of the hydroacoustic network of the Comprehensive Nuclear-Test-Ban Treaty Organization (CTBTO), headquartered in Vienna. He contacted the Executive Secretary of the CTBTO, Lassina Zerbo, and managed to convince him of the need to check the recordings of hydrophones. His efforts were not in vain: the agency's specialists recorded an “unusual underwater signal” in the area of the disappearance of the submarine.