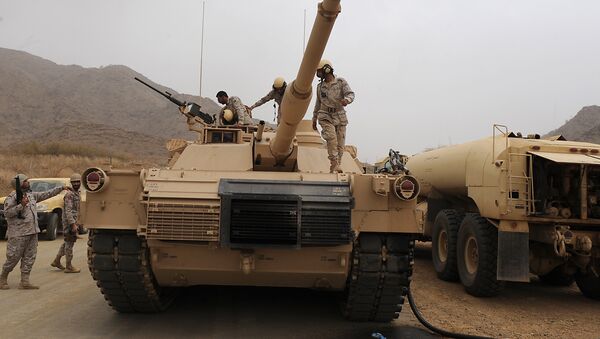 CAIRO (Sputnik) - Saudi-led Arab forces fighting Houthis in Yemen downed a rebel drone on Friday as it was flying toward the Saudi city of Jizan, Al Arabiya reported, citing the coalition command.

The coalition accused the Yemeni opposition of planning to attack civilian targets in the southwestern city near the Saudi-Yemeni border, TV channel Al Arabiya said.

The attack became another episode in a series of drone strike attempts against the Saudi-led forces. Just a day before, the militants attempted an attack on Abha Airport in Saudi Arabia, but the coalition reported that the aircraft was downed before it could strike.

Yemen has been locked in a conflict between government forces, led by President Abd Rabbuh Mansour Hadi, and the Houthis. The Saudi-led coalition has been conducting strikes against the Houthis at Hadi's request since March 2015. The conflict has resulted in a massive humanitarian crisis in the country.