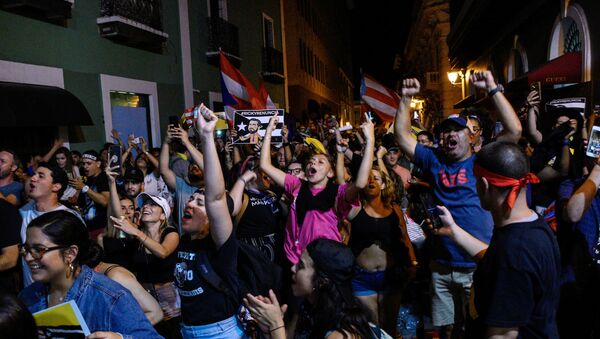 MOSCOW (Sputnik) - The head of Puerto Rico's government, Ricardo Rossello, has announced that he will step down on 2 August amid ongoing protests prompted by the leak of nearly 900 pages of chats between the governor and his inner circle.

"I will resign as the governor on Friday, August 2", Rossello said at a press conference.

On Wednesday, three lawyers recommended that the Puerto Rican legislature launch a process of impeachment against Rossello after an investigation commissioned by the parliament's lower house found at least five offences that constitute grounds for such an action.

Hundreds of thousands of Puerto Ricans have been protesting for nearly two weeks, demanding that Rossello resign following hundreds of messages revealing him using hateful, homophobic and misogynistic language against his opponents, journalists and others were made public.