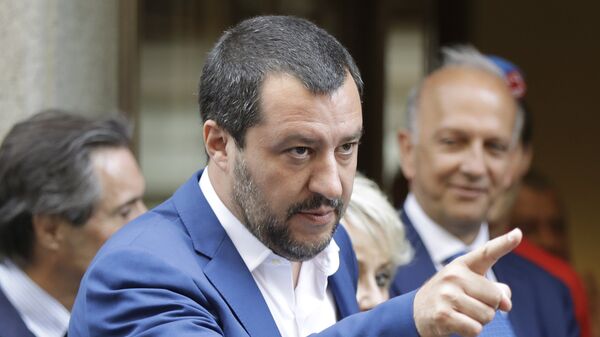 On 24 July, Italian Premier Giuseppe Conte signalled to the Senate that his trust in Deputy Prime Minister Matteo Salvini over alleged links with Russian businessmen had not been diminished. Salvini, who refused to report on what he dubbed a trumped-up case before the Italian parliament, resolutely denied the accusations.

"There are no elements at this stage that could reduce the trust I have in all members of the government", Italian Prime Minister Conte told Senate on Wednesday.

The scandal erupted in early July when BuzzFeed News, a US media outlet, released secret recordings of an alleged meeting between Lega Party members, including Salvini’s former spokesman, Gianluca Savoini, and presumably Russian businessmen on 18 October 2018 in Moscow’s Metropol Hotel. The parties involved discussed a potential oil deal between Italy's Eni and a Russian firm through intermediaries. According to BuzzFeed, a reported discount, amounting to 58 million euros, would have ended in the hands of the Lega Party.

The story – which was first broke on 21 February 2019 by l'Espresso – prompted Italian public prosecutors in Milan to step up their inquiry into the proposed deal. For its part, Italy's Democratic Party announced on 24 July that it would push ahead with a motion of no confidence against Salvini.

Meanwhile, German Chancellor Angela Merkel stated on 19 July that alleged ties between Moscow and some right-wing EU political parties are "a cause of concern".

For his part, Kremlin spokesman Dmitry Peskov highlighted that Moscow had not seen any proof behind the allegations that the Lega Party had received any "financing" from Russia.

It's too Early to Leap to Conclusions

"I think BuzzFeed's and Espresso's investigation doesn't say so much", says Roberto Vivaldelli, an Italian political observer, adding that it is way too early to jump to any conclusions. "We know who the Italians were at the Metropol meeting in Moscow on October 18, 2018 but no one knows who the Russians are. Furthermore, there is no trace of roubles and oil. The audio published by BuzzFeed in which Gianluca Savoini speaks means nothing, it is a political opinion. In the transcript the reference to the possible financing of the electoral campaign is not clear".

Vivaldelli does not rule out that what allegedly took place on 18 October in Metropol was nothing but a "trap that Matteo Salvini had to participate in".

"Fortunately, he was not present at that Metropol meeting", the journalist remarks.

The Italian deputy prime minister denies having known about the negotiations. However, "the fact that it failed does not make those accusations milder, if it is the case that Salvini knew about these negotiations by Savoini, and approved them", says Riccardo Puglisi, associate professor of economics at the University of Pavia.

The professor has drawn attention to the fact that the reported oil deal had not work out. 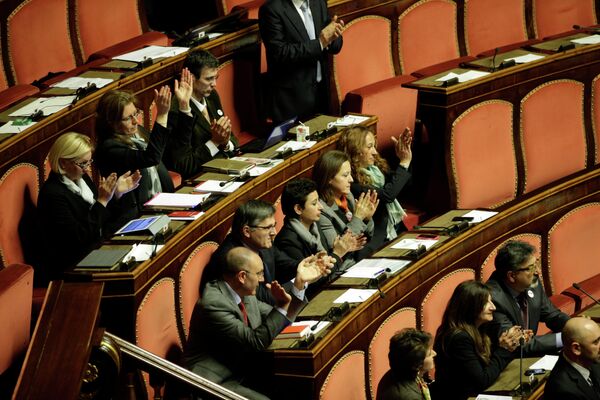 Timing of Savoini Scandal & Frictions in the Italian Gov't

Commenting on the timing of the Italian "Russiagate", Puglisi notes that the allegations started mounting against Salvini amid simmering controversies between two coalition parties, Lega and the Five Star Movement: "This Savoini-Salvini scandal is only adding an additional element of tension to this existing 'system' of tensions".

"Since it is the end of July there is very little time to start a government crisis and have early elections in 2019, so that a new government would take care of the very costly 2020 budget law", the professor says. "Thus, unless there are explosive further revelations with the Salvini-Savoini scandal, it is again quite unlikely that this scandal would be enough to trigger early elections in 2019".

Previously, Salvini threatened to ditch Lega's coalition member, the Five Star Movement, unless it stopped opposing his party's policies, most notably concerning the country's infrastructure projects. The move could have led to snap elections in September 2019. However, on 24 July, the deputy prime minister signalled that the government was back on track.

Who Could Benefit From Italy's "Russiagate"

According to Roberto Vivaldelli, the country's pro-European parties and the Democratic Party are interested in fanning the scandal involving the right-wing leader.

"Of course there is a prejudice, fuelled by a press aligned on Russophobic and neo-Atlanticist positions that see Russia as an enemy", the Italian journalist says. "The other day a member of the Democratic Party said that ‘doing business with the Russians’ is something not to be done".

Citing Merkel's "concerns" about Lega's alleged ties with Russia, Vivaldelli remarks that "some very famous analysts in Italy have speculated that there are German or French secret services behind this story".

"Italy is under attack and France and Germany try to put it in difficulty when they can, especially since the League [Lega] and the Five Star Movement are in the government", he says.

It is not the first time that a right-wing EU party member has been accused of alleged conspiracy with the Russians. In May 2019, Austria's right-wing Freedom Party (FPÖ) came under a firestorm of criticism over a scandal involving its leader and former Austrian Vice Chancellor Heinz-Christian Strache leading to his resignation ahead of the European Parliament elections. Germany's media released a video showing Strache discussing a lucrative deal with an alleged Russian-speaking businesswoman who later turned out to be a Latvian citizen. The scandal led to the collapse of the Austrian government coalition and announcement of snap elections that are expected to be held in September 2019.

A few days later, the Electoral Commission voiced concerns over the funding of Britain's right-wing Brexit Party led by Nigel Farage, citing the possibility of untraceable "foreign donations" via PayPal to the party.

Lega Party Continues to Command Support in Italy Despite Scandal

Both Roberto Vivaldelli and Riccardo Puglisi admit that regardless of the so-called "Russiagate" scandal, Lega continues to command support in the Italian polls.

"After the publication of the scandal of the ‘Italian Russiagate’, the Lega of Matteo Salvini has increased its consents, as the polls say", Vivaldelli stresses. "The Italians do not want the politically correct, the mass immigration, and they want to get back on their feet in Europe".

"Salvini’s Lega is very high in the polls, which confirms the exceptional result it obtained in the last EU elections", Puglisi says.

"Because of a very expansionary monetary policy by the European Central Bank and because of the choice by the Italian government to reduce the deficit in 2019 to avoid the excessive debt procedure initiated by the EU Commission, the tension on Italian bonds has decidedly gone down, at least in the short term", the professor explains, adding that "a large percentage of Italian citizens thinks that the League’s [Lega’s] hard stance on illegal immigration is the right choice".

According to the Italian academic, "if no strong centrist party does emerge in the Italian political landscape, and if Italy’s economic and financial conditions do not rapidly deteriorate because of a confidence crisis, it is quite unlikely in the short term that the strength of Salvini's Lega would rapidly fade".