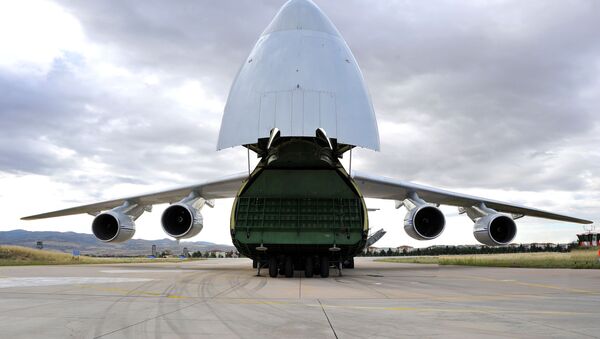 The first batch of Russian S-400 missile defence system components was delivered to Turkey on July 12 in accordance with a contract signed between the two countries in 2017.

The Turkish Defense Ministry announced on Thursday that the first shipment of Russian S-400 defence systems has been completed and a second shipment is now being planned to arrive in Ankara.

Speaking further, the ministry noted that Ankara was just suspended from the F-35 jet programme and the decision hasn't been finalised yet.

Moscow and Ankara signed a loan agreement for the delivery of S-400 systems in December 2017. Turkish cooperation with Russia on this matter has been strongly criticised by NATO and the United States, which has cited security concerns and the S-400's incompatibility with NATO's air defence systems.

Washington has repeatedly threatened Ankara with sanctions and pledged to remove it from the F-35 jet programme.