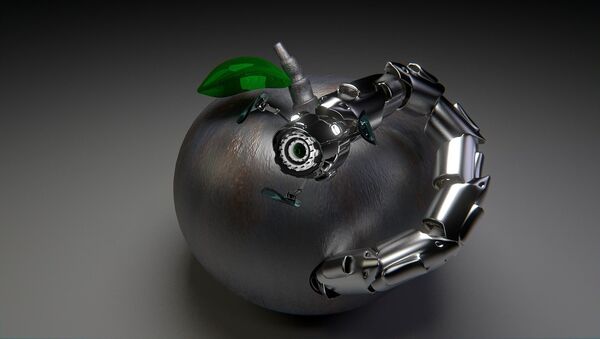 Although the bulk of work carried out by subcontractors for the top US gadget manufacturer is devoted to analysing sound properties, including responses by Apple’s Siri, it has been revealed first-hand that the content of private chats has also been of interest to the company.

Apple uses the services of a subcontractor to hire special staffers who eavesdrop on users’ verbal requests as well as their personal conversations, the newspaper El Pais reported on Wednesday.

The media outlet specified, citing information it has obtained, that the American company has subcontractors in Spain who listen to recordings in a variety of languages, including French and German. The newspaper’s sources claimed that this is specially being carried out in order to improve the software for the electronic verbal assistant Siri. However, the data suggests that it is not only the direct requests for Siri that are being closely analysed, but also private user chats.

The company, in its turn, asserted that “all Apple goods and services are meant to provide security of personal information: only the user decides what to share and who with”.

The audio recordings that are looked into by staffers informally employed by Apple do not only contain search queries. Due to a number of errors in the system, which apparently led to a microphone starting to work, people can be heard at ease chatting to one another in one of the recordings. The media outlet reports that a majority of the recordings start with a command that launches the digital assistant Siri.

“There were projects, where we had to analyse to a greater extent the quality of sound: where the talk was heard all right, if the user request was understood correctly, where there were conversations against the backdrop”, the newspaper cited former company employees as saying, adding that in addition to these projects, there were also those focused on the content of the talks themselves.

Meanwhile, Apple is reportedly eyeing an ambitious prospect of buying up the chipmaker Intel’s 5G mobile modem business for $1 billion, after the latter announced in April that it was exiting the business. Separate reports have indicated that Apple is also fully into designing its own, in-house modems, similar to its existing internal CPU platform that resulted in the iPhone and iPad’s trademark A-series chipsets.