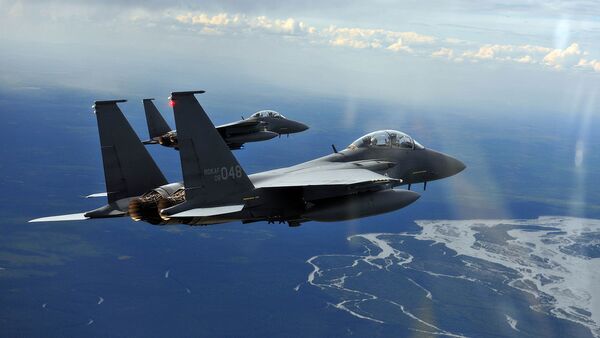 Earlier, South Korea's Defence Ministry claimed that Russian military aircraft had violated its airspace and said that the incident prompted South Korean jets to fire 'warning shots' at the intruders. The Russian Defence Ministry denied that any violation had taken place, and accused the South Korean pilots of "unprofessional" behaviour.

According to the ministry, the Russian Embassy's Deputy Chief of Mission Maxim Volkov was summoned and told that "the intrusion of a Russian military aircraft into Korean airspace not only damages relations of friendship and trust between the two countries, but is contrary to international norms."

Earlier, South Korea's Ministry of National Defence accused the Russian warplanes of violating its airspace, and reported that the South Korean Air Force F-15 and F-16 fighter jets scrambled to intercept the planes had fired flares and hundreds of warning shots as a Russian A-50 violated the country's airspace over the Sea of Japan on two separate occasions. The chief of South Korea's National Security Office said Seoul saw the situation as "an extremely serious one," and warned that "if such behaviour" was "repeated, we will introduce much tougher measures."

The Russian Defence Ministry responded to South Korea's claims, stating that the Tu-95s and the A-50 "did not deviate" from their flight paths, and noting that the planes were operating in full compliance with international regulations. The military accused the South Korean fighters of carrying out "unprofessional" manoeuvres, and said their behaviour had posed a threat to the Russian planes' safety. The MoD also disputed the South Korean side's claims that 'warning shots' had been fired, saying this did not take place.

Later Tuesday, Japan's Self-Defence Forces said that they too had scrambled aircraft to intercept the Russian aircraft, as well as Chinese H-6 bomber aircraft operating nearby. Earlier in the day, Tokyo blasted the South Korean military for the intercept of the Russian planes, saying the airspace in question was Japanese territory, and lodging a protest against both Seoul and Moscow.

"It is Japan that should take action against the Russian plane that entered its airspace. It is incompatible with Japan's stance that South Korea takes steps on that," Kono stressed.

Japanese Chief Cabinet Secretary Yoshihide Suga later said that the ROK warplanes' firing of warning shots was "absolutely unacceptable," and added that Tokyo had appealed to both Russia and South Korea, "strongly" requesting "the prevention of a recurrence." 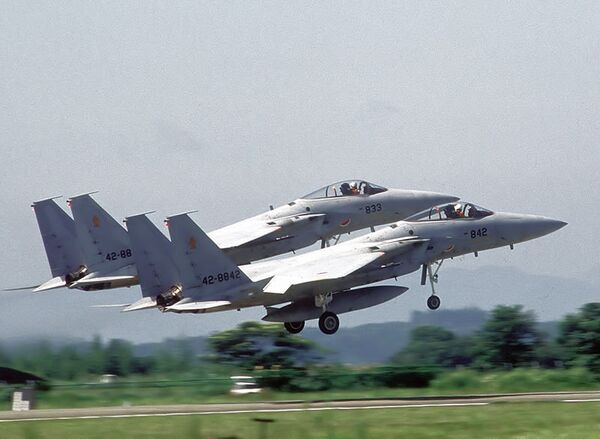 In addition to its protest against Russia, South Korea's Foreign Ministry also summoned Chinese Ambassador Qiu Guohong over the H-6 bombers flight in the contested zone. Earlier, China's Foreign Ministry said that South Korea's 'Air Defence Identification Zone' (ADIZ), which partly overlaps with areas of China's own ADIZ, was not territorial airspace, and that all countries enjoy the freedom to move through it.

The Russian military has also similarly protested the 'arbitrary' nature of South Korea's ADIZ, which was expanded in 2013, sparking tensions between Seoul, Beijing, and Tokyo. 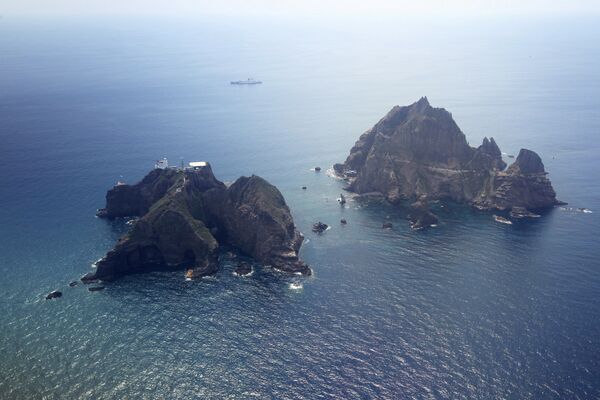 Later Tuesday, the Russian Defence Ministry confirmed that Russian and Chinese long-range military aviation had conducted their first-ever joint air patrol over the Sea of Japan and the East China Sea. The MoD emphasised that the flights took place over a pre-planned route, and that they did not violate the airspace of any country, taking place in "strict accordance with the provisions of international law."

The military added that the joint patrol took place in the framework of Russian-Chinese military cooperation, and was not directed against any third country. 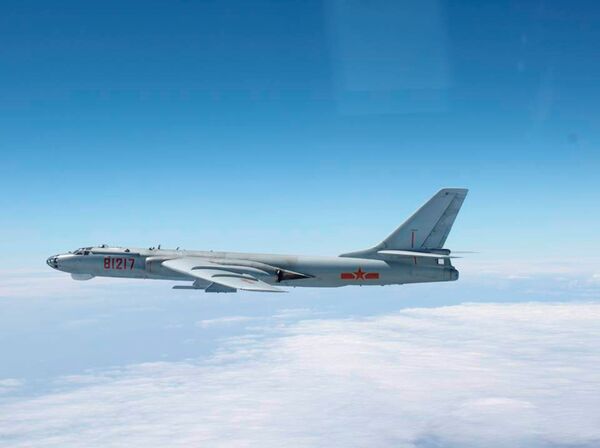