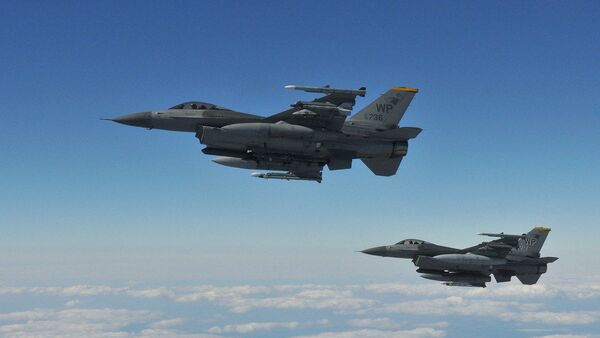 "The military attache of the Republic of Korea was handed a note in connection with today's incident involving the unlawful and dangerous actions by the pilots of S. Korean aircraft," Kolybash said.

"The Russian planes strictly followed the pre-set flight routine. According to objective monitoring data, the Russian aircraft have not violated the airspace of South Korea and Japan ... Therefore, the actions by the South Korean pilots should be regarded as air hooliganism," the general stressed.

"The air patrol consisting of two Russian Tu-95MS and two Chinese Xian H-6K strategic bombers carried out a flight along the preset route over the neutral waters of the Sea of Japan and East China Sea," Kolybah said.

"The actions of the strategic bombers wee coordinated by [Russian] A-50 and [Chinese] Kong Jing-2000 airborne early warning and control aircraft," the general added.

Kolybash further added that the aircraft were closely followed by foreign fighter jets 11 times during the patrol mission.

"During the mission, the aviation group was accompanied 11 times by fighters from foreign countries," Kolybash said.

The South Korean Joint Chiefs of Staff said earlier in the day that a Russian A-50 control aircraft had illegally crossed into South Korean airspace twice over the Sea of Japan, and that South Korean F-16 fighters fired warning shots in response.

The Russian Defense Ministry refuted Seoul's claims, stressing that the South Korean fighters had performed non-professional manoeuvres and crossed course with the Russian planes, jeopardizing their security. The ministry made no mention of any A-50 aircraft.

The ministry has accused South Korea of repeatedly trying to impede Russia's flights over the Sea of Japan’s/East Sea's neutral waters, referring to an "air defence identification zone" unilaterally imposed by Seoul that is not envisaged in international regulations or recognized by Russia.