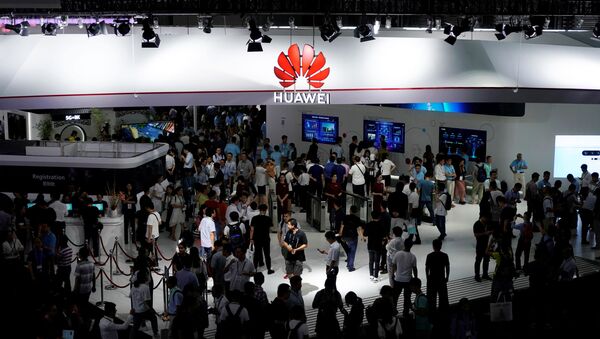 This comes as the British government reportedly decided to postpone a decision over whether to include Huawei in 5G infrastructure. London referred to Washington’s indecisive policy on the Chinese tech giant which saw the US crackdown on Huawei partly eased by President Trump last month.

“Evidence shows excluding Huawei would cost the UK economy £7 billion (about $8.7 billion) and result in more expensive 5G networks, raising prices for anyone with a mobile device”, Huawei UK noted on its Twitter page.

The remarks followed the British government’s move to delay its decision on whether include Huawei in the UK’s next-generation 5G infrastructure.

UK Culture and Digital Secretary Jeremy Wright told parliament that until US policy is “clear”, Britain will not make any conclusions on Huawei.

“These measures could have a potential impact on the future availability and reliability of Huawei’s products, together with other market impacts, and so are relevant considerations in determining Huawei’s involvement in the [5G] network”, he said.

The statement came after Reuters quoted unnamed sources late last week as saying that London will not make a decision on using Huawei to build its 5G networks until after a new Prime Minister is appointed.

The UK Parliament's Intelligence and Security Committee (ISC), in turn, said in a statement last Friday that such important decisions on Huawei required “careful consideration” and that the delay was causing “serious damage” to Britain’s international relations.

Earlier this month, US Commerce Secretary Wilbur Ross announced that “to implement the President’s G20 summit directive two weeks ago, [the Department of] Commerce will issue licenses [pertaining to Huawei] where there is no threat to US national security”.

At the same time, Ross confirmed that Huawei remains on the entity list, and that “the announcement does not change the scope of items requiring licenses from the commerce department, nor the presumption of denial."

Meeting with his Chinese counterpart Xi Jinping on the sidelines of a G20 summit in Osaka in late June, President Donald Trump said that American suppliers would get the green light to sell components and spare parts to Huawei if there is no threat to US national security.

In May, the US Department of Commerce blacklisted Huawei Technologies and around 70 of its affiliates, in a move that prompted several US corporations, such as Google and Microsoft as well as major semiconductor makers, including Intel, Qualcomm, Xilinx and Broadcom, to follow suit and sever ties with the Chinese tech giant.