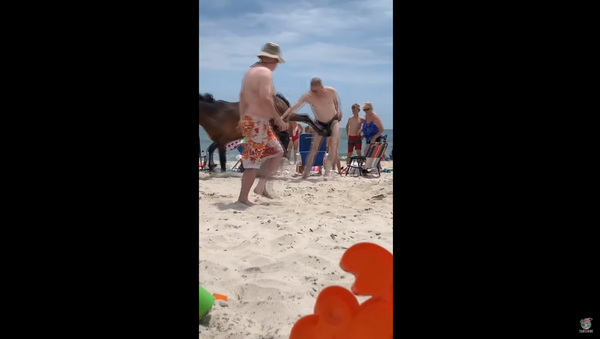 A man enjoying the beaches off the coast of Maryland’s Assateague Island National Park recently found himself doubling over in pain after taking a kick to the groin from a wild horse.

Known for its wild horses, the national park has dozens of signs warning individuals against either feeding or petting the Assateague ponies. However, newly captured video shows that the efforts by authorities apparently aren’t enough to drive the point home.

In a statement to Viral Hog, an unidentified beachgoer told the agency that the speedo-wearing man had repeatedly ignored warning signs “until he was given a reason to stop [petting the animal].”

It’s unclear what happened to the rule-breaking man following the hoof strike.