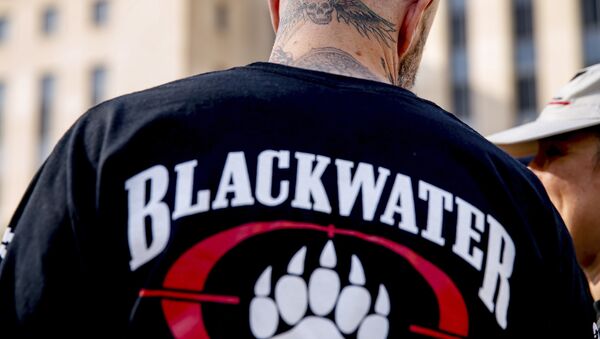 BAGHDAD (Sputnik) - The Iraqi parliament intends to reopen the investigation into the 2007 Nisour Square massacre, in which employees of US security firm Blackwater, now Academi, killed 17 people and injured 20 more in Baghdad, Adnan Assadi, a member of the security and defence committee of the legislature, told Sputnik.

"Now is a proper time to start an investigation and persecute those involved. The security and defence committee will start investigating the case, invite the relevant organizations and hold talks with the government since this requires a parliamentary decision or a bill. We will take up the issue in order to protect the Iraqis," Assadi said.

He also stressed that the investigation would begin after parliament returned from its summer recess. As for why the Iraqi government never conducted another probe into the Nisour Square tragedy, Assadi speculated this was because fighting the Islamic State terrorist group (banned in Russia) in the country was the main priority.

On September 16, 2007, Blackwater mercenaries opened fire against unarmed locals while escorting US diplomats, claiming that the convoy was targeted by a car bomb. No explosives were found in the vehicle. Afterwards, Blackwater was temporarily banned from Iraq. The Iraqi Interior Ministry said that year, citing the results of the initial investigation, that the mercenaries were fully responsible for killing the civilians.

After its own investigation into the tragedy, a US court sentenced three Blackwater guards to 30 years in prison for manslaughter and another one, Nicholas Slatten, to life imprisonment for murder, since it was determined that he had fired the first shot.