Earlier Monday, Iranian media confirmed that a major cyber-espionage ring run by US intelligence had been uncovered and dismantled, with some 17 CIA-trained spies said to have been identified, some receiving long prison sentences while military personnel got the death penalty for treason.

Iranian television has aired a Farsi language documentary detailing CIA operations in Iran, including a clip showing one alleged CIA officer in the United Arab Emirates trying to recruit an unidentified Iranian.

“There are many [Iranian] intelligence officers here in Dubai. It is very dangerous,” a woman, speaking Farsi with an accent and appearing to be an American, was shown telling the would-be agent.

Another clip purportedly shows how US intelligence sends equipment to agents in Iran, with a man breaking apart a concrete block to reveal what appears to be high-tech spy equipment.

A third clip allegedly shows US operations on the ground in Afghanistan, with a man calling himself “Ali” telling a possible agent that he would be in Herat, and asking whether the ‘agent’ could “answer” if he called “via an Afghan telephone line.”

Iran’s Press TV news network has tweeted a preview of the documentary, called ‘Mole Hunt’, and promises to air it on July 23 at 1:32 GMT, (9:32 pm Eastern Standard Time, 2:32 am Greenwhich Mean Time).

Iran first announced that it broke up a CIA “cyberespionage network” in June, saying that dismantling the spy ring was made possible thanks to cooperation between Iran and “other countries in creating an international organisation to counter American espionage.”

According to Iran’s Intelligence Ministry, some of the agents were spared and recruited as double agents to work for Iran against their former CIA handlers.

Earlier this month, Iran’s judiciary announced that it would seek the death penalty for many of the spy ring suspects, with those working for the military facing execution and those who were not military personnel receiving long prison sentences.

US Secretary of State Mike Pompeo, who served as CIA director before his current post, commented on the allegations made by Iranian media on Monday, saying that although he could not discuss that case specifically, Iran 'has a history of lying.'

The CIA has a long history of clandestine operations in Iran going back to the 1953 coup d’état against the then Iranian Prime Minister Mohammad Mosaddegh after his government attempted to nationalise the country’s vast oil riches. The successful coup led to the return of the Shah, who ruled Iran for the next 25 years before being overthrown in the 1979 Islamic Revolution. 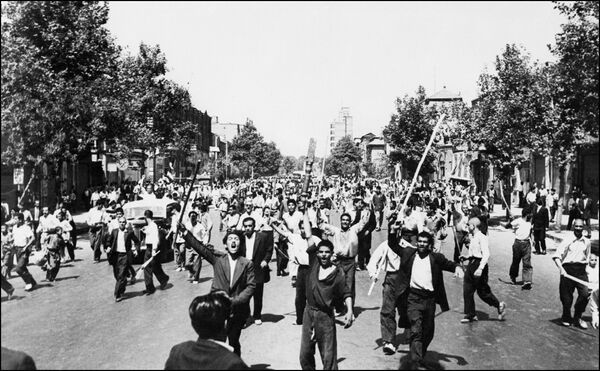 Tensions between the US and Iran escalated in May, after the US scrapped sanctions waivers for major importers of Iranian oil and sent a carrier strike group to the Middle East, citing an ‘imminent threat’ from Iran. In mid-May and then again in mid-June, multiple tankers were sabotaged off the coast of the UAE and in the Gulf of Oman. The US immediately blamed Iran for the sabotage. Tehran vocally denied the charges, and accused Washington and its regional allies of attempting to exacerbate tensions in the region. On 20 June, Iran shot down a US spy drone it said was operating in its territory, with US President Donald Trump reportedly mulling airstrikes against the Islamic Republic before reconsidering at the last minute.