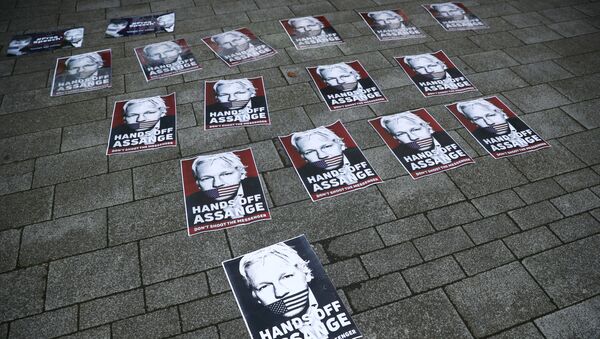 Wikileaks founder Julian Assange is facing extradition to the United States over leaking a huge trove of classified documents exposing US abuses of power and war crimes in Afghanistan and Iraq. If extradited, the whistleblower will face up to 175 years in jail on espionage charges.

The President of Ecuador Lenin Moreno has accused Wikileaks founder Julian Assange of spying while taking refuge at the Ecuadorian Embassy in London.

Talking to reporters following a press conference with US Secretary of State Mike Pompeo in Guayaquil, Moreno claimed to have 'all the necessary evidence' to prove that the room where Assange took shelter was turned into an espionage centre designed to observe and detect information relating to the politics, economies and defence policies of states friendly to Ecuador.

In April, the Ecuadorian government revoked Assange's asylum which led to the whistleblower's immediate arrest. He is currently in jail serving a 50-week prison sentence in the UK for skipping bail back in 2012 to avoid extradition to Sweden on sexual assault charges and possible subsequent extradition to the United States.

Assange who came to prominence for leaking classified US government data is wanted in the US on 18 charges, including 17 counts of espionage and a single count of hacking into a Pentagon computer network.

On June 13, UK Home Secretary Sajid Javid said that he had signed the US request over Assange’s extradition. From now on, it is up to the court to decide whether the whistleblower will be extradited. The relevant hearing will be held in February 2020. The trial will last for five days and will be preceded by several technical hearings.