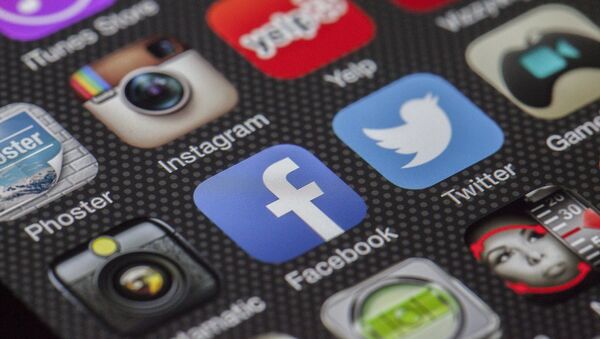 CC0 / /
Subscribe
Tensions in the Middle East and in the Persian Gulf region have escalated following the confiscation of a UK-flagged oil tanker by the Islamic Revolutionary Guard Corps (IRGC) in the Strait of Hormuz.

The Farsi-language Twitter accounts of at least three Iranian official and semi-official news outlets were blocked soon after the IRGC seized the tanker Stena Impero in the Strait of Hormuz for violating international maritime regulations.

According to the English edition of Mehr News, the two agency’s accounts (@MehrDiplomacy and @MehrNews_FA) were blocked for unknown reasons.

It seems that Twitter has suspended the accounts of at least three Iranian official and semi-official news agencies, incl IRNA and Mehr. Not clear why. Via @EhsanBodaghi pic.twitter.com/9nsCodRMyW

Twitter users noted that state-run media IRNA (@irna_1313) and the YJC (@yjcagency) accounts have been suspended as well.

This is really a challenging time for all, I hope this move was not delibrate and politically driven.
Otherwise it is dangerous for democracy and freedom of information, if a social media giant silence reporters and news outlets this way.

No statement from Twitter explaining the move has been made.

In May Twitter and Facebook had together disabled thousands of “inauthentic accounts originating in Iran,” following a report by cybersecurity firm and CIA startup FireEye. which Twitter acknowledged  never saw.

On Friday, a UK-flagged tanker was confiscated in the Strait of Hormuz by the IRGC after it allegedly violated international regulations. The UK condemned the move, calling the act 'unacceptable'.

The seizure happened amid UK-Iranian tensions that spiked after the UK seized an Iranian supertanker near Gibraltar.

US President Donald Trump noted that he would talk to the UK about the incident.

"This only goes to show what I'm saying about Iran, trouble, nothing but trouble. ... Let's see what happens."