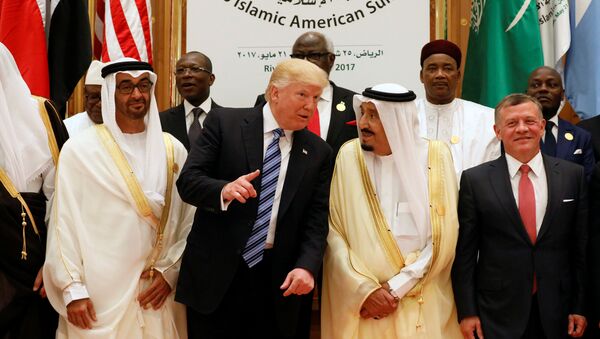 © REUTERS / Jonathan Ernst
Subscribe
Earlier in the day, Saudi King Salman bin Abdulaziz Al Saud reportedly approved hosting of US troops in the kingdom in a bid to enhance security in the region.

000000
Popular comments
Soldiers, Sailors, and Airmen of the US military know that you are following unlawful orders from your commander, it is not mutiny when you refuse to follow unlawful orders, you are doing the duty you swore an oath to. You are being used and led to your death by the whitehouse for a false war, to enrich the US Military Industrial Complex, nothing more. Imbecilic Trump, Bolton, and Pompeo are smiling as they send you to die for oil. God bless you all.
veryood
20 July 2019, 03:47 GMT
000000
That sums up the "coalition of the willing" US managed to muster for policing the gulf, Saudi Barbaria, on land. Go figure. Not even the pliant Eurofag vassals minus the incredibly stupidEnglish of course that really has no other option but to release the Iranian tanker.