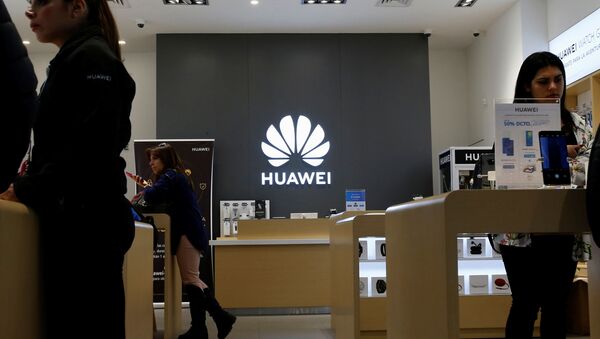 In May, Google restricted Huawei's use of its Android operating system days after the Trump administration placed the Chinese telecom giant on the US Commerce Department’s blacklist. President Trump weakened the crackdown in June, when he allowed US suppliers to sell components and spare parts to Huawei.

Huawei’s Hongmeng operating system (OS) is not designed for smartphones and the company plans to continue using Google's Android for its gadgets, Huawei board member and senior Vice President Catherine Chen told reporters on Thursday.

She explained that the Hongmeng OS is designed for industrial use and that it has been in development long before discussions on how to find an alternative to Android emerged in the press.

Chen also touted Hongmeng in terms of security, recalling that it contains hundreds of thousands lines of codes as compared to millions of such lines used in an operating system for smartphones.

Earlier, it was reported that against the backdrop of the restrictions imposed by the US, Huawei is actively developing its own operating system to replace Android on its smartphones.

Huawei founder and CEO Ren Zhengfei, for his part, pointed out in an interview that “it's not a difficult task to come up with a new OS, but it's difficult to build up an ecosystem for that”.

His remarks came after Google restricted Huawei's use of its Android OS in May following the US Commerce Department’s statement that it was adding Huawei Technologies Co and 70 affiliates to its so-called “Entity List”.

Google's Reported Concerns Over US' Crackdown on Huawei

In June, The Financial Times cited unnamed sources as saying that Google is concerned it would not be allowed to update its Android operating system on Huawei’s smartphones, which it argues would prompt the Chinese company to develop its own version of the software.

“Google has been arguing that by stopping it from dealing with Huawei, the US risks creating two kinds of Android operating systems: the genuine version and a hybrid one. The hybrid one is likely to have more bugs in it than the Google one, and so it could put Huawei phones more at risk of being hacked, not least by China”, one source claimed.

In a separate development last month, President Trump tweeted that he had agreed to allow Huawei to buy products from US high tech companies which “will not impact our national security”.

White House economic aide Larry Kudlow, however, noted that Trump’s move was “not a general amnesty” and that Huawei would remain on the so-called Entity’s List, “where there are serious export controls”.