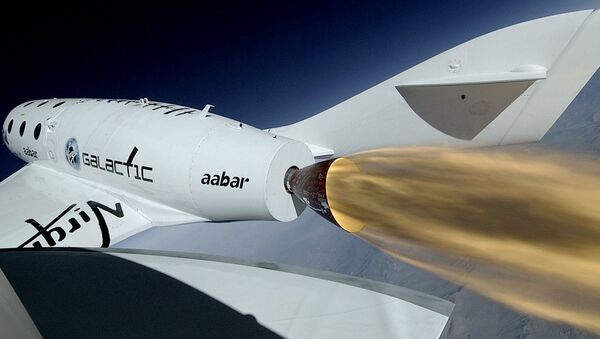 Virgin Galactic head Richard Branson reported on his company’s successes Thursday, saying his spaceship just has to undergo a few more test flights from New Mexico beginning this fall before he himself becomes a passenger on the first tourist trip.

"I certainly won't go into space before brave test pilots feel 100% comfortable that we've checked every box", Branson said during an event.

The British billionaire gathered 100 other budding astronauts to his 69th birthday celebrations at NASA’s Kennedy Space Centre, which coincided with the 50th anniversary festivities for humanity’s first moon landing.

The prospective Virgin Galactic passengers, many of whom have already put down deposits for their future travel, were inspired to visit space by the legendary Apollo 11 – a mission that Brandon called “the most audacious journey of all time”.

.@virgingalactic’s future astronauts called to wish me happy birthday - then I surprised them by joining the fun at @NASAKennedy to celebrate #Apollo11 pic.twitter.com/8IprIxvnYA

Some test flights, more specifically – two suborbital test flights, have already been conducted to date over California’s Mojave Desert and successfully provided a few minutes of weightlessness. However, not everything went smoothly during recent test flights: in 2014, there was an accident with an experimental plane that broke apart during the flight, killing one of the pilots.

Speaking about the exact time when to anticipate the launch, Branson sounded rather vague:

"My track record for giving dates has been so abysmal that I'm not giving dates anymore. But I think months, not years", the billionaire told the Associated Press.

The company is meanwhile in the process of relocating its flight site from Southern California to Spaceport America in the New Mexico desert, with test pilots having to practise at the location before taking passengers aboard the spaceship, Branson explained.

The moon landings definitely stirred something very deep in all of us and for me it was a turning point. https://t.co/EwpSBLbJio #Apollo50 pic.twitter.com/4pMSpvbkVa

For the time being, around 600 people of various ages – from teenagers to almost centennials – have booked their flights with Virgin Galactic. The company, co-founded by Branson, charges $250,000 per seat for the 90-minute flight.

Virgin Galactic announced on 9 July that it would merge with the special purpose acquisition firm Social Capital Hedosophia (SCH), with SCH taking a 49 percent stake in the joint entity.

The deal would provide $800 million in capital for Virgin Galactic and allow the company to be historically the first one to be publicly traded once the deal is finalised.

Billionaires Jeff Bezos, Elon Musk, and Sir Richard Branson are all trying to be pioneers in launching a successful space tourism programme. Bezos’ Blue Origin is believed to be directly competing with Virgin Galactic, as both are working on suborbital flight, while Musk’s SpaceX is oriented towards orbital flights.