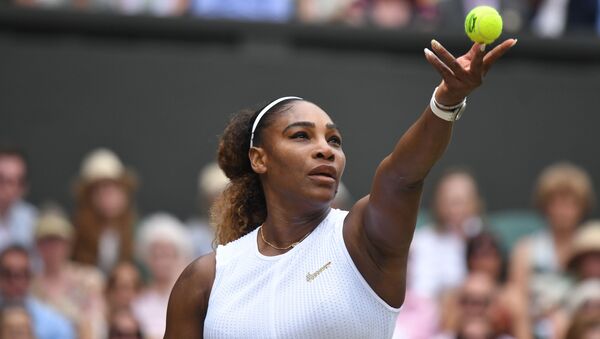 The renowned multiple Grand Slam winner said her father always encouraged her to have a backup plan in case her tennis career did not work out.

Top US tennis player Serena Williams, whose photo was recently featured on the Sports Illustrated 2019 Fashionable Fifty issue cover, said she is going to switch solely to her fashion brand once she stops playing competitive tennis.

“For me, it’s important to have something beyond tennis because I have always planned on it,” she said. “My dad was like, ‘You can’t just play tennis forever,’ even though I kind of have.”

The 37 year old sports celebrity boasts an astonishing 23 Grand Slam titles, returning in 2017 to dominate the court after giving birth to a daughter.

​Williams has a fashion brand, “S by Serena.” Unlike many celebrities who slap their name on clothes for branding purposes, she has an actual record with fashion, The Daily Mail says. In the early 2000s, when she was racking up multiple Grand Slam titles each year, she also studied fashion at the Art Institute of Fort Lauderdale, in the US state of Florida.

“When I went to fashion school, it was always something I wanted to do in the future,” she said. “[But] it wasn’t something that was done — like you can’t focus on two things. But I really liked fashion and wanted to learn, and I didn’t want my career to stop.”

Although Williams has not announced any plans to retire, she has reached an age when many tennis players end their careers. This list by Essentially Sports shows that, historically, tennis players tend to retire between 30 and 35, although some end careers as late as 40.

During her sports career, the renowned Williams repeatedly raised eyebrows with her court fashion choices, which included frilly tutus, crop tops, and a figure-hugging jumpsuit that generated some controversy last year, The Daily Mail recalls.