Cleaver-Wielding Vendor Chases Down Man Who Spit in His Food 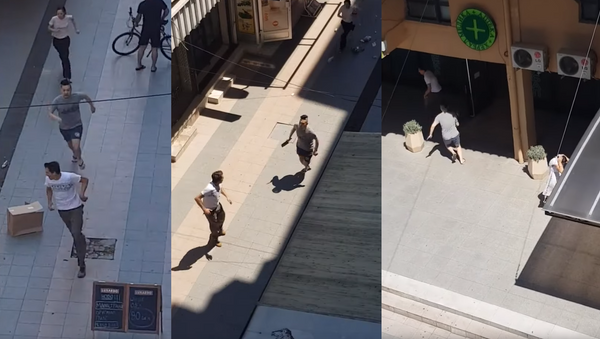 First ice cream, now this?!
A Macedonia resident will probably think twice about defiling a street vendor’s food after the business owner decided to take matters, and a meat cleaver, into his own hands.

The vendor is seen holding the meat cleaver above his head as he chases the spitter in question down the street, but as he gets close to the man, it appears he does not have the heart to hack the local.

“Every action had a reaction. Bet he won't spit in food again. I say good,” YouTube user “Its ASetUp” commented under the Rumble Viral video, giving no sympathy to the fleeing man.