UK Develops Warplane to Fly at Speed of 5,000km per Hour to Tackle ‘Adversaries’ 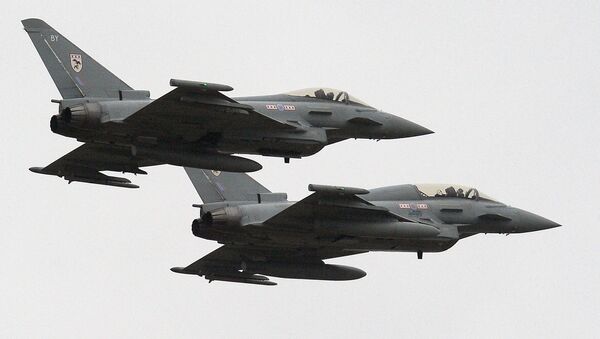 © AFP 2022 / ANDREW YATES
Subscribe
The “potential adversaries’” hypersonic weapons, mentioned by RAF head Stephen Hillier, are currently being developed by Russia, China and the US. These include the state-of-the-art Russian Avangard missile, which is capable of flying at a speed of more than 20 Mach.

The UK’s Royal Air Force (RAF) has announced plans to create a hypersonic plane which will be capable of flying at more than 3,000 miles (almost 5,000 kilometres) per hour.

Speaking at the Air and Space Power conference on Wednesday, Air Chief Marshal Stephen Hillier, the head of the RAF, unveiled the two-year project, which stipulates that the Ministry of Defence will inject $12 billion into the development of new hypersonic engines over the next two years.

He underscored that the sophisticated engines, which he said will allow the new plane to tackle enemy air defences at a speed of more than Mach 4, or four times the speed of sound, would be “exploring the boundaries of technology”.

One option may include modifying the engines of RAF fourth-generation Eurofighter Typhoons or fifth-generation F-35 Lightning planes so that the aircraft can benefit from elements of hypersonic propulsion, according to Hillier. 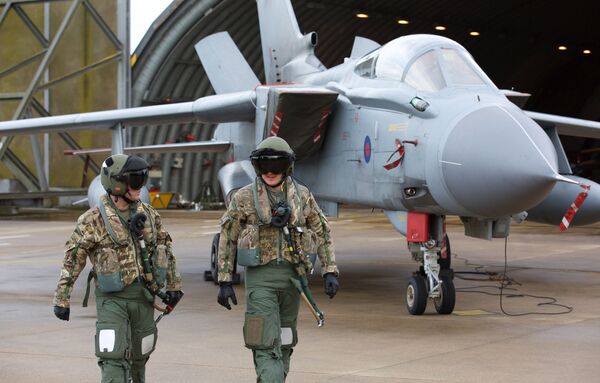 “If we are going to maintain our technological advantage we have to move fast”, he said, adding that we have noted very carefully what the Russians are doing".

According to him, “potential adversaries” have prompted the RAF to “face increasingly sophisticated and integrated air defence systems designed to deny us access to their air space”.

More of our F-35 Lightnings are en-route from the USA. 🇺🇸

His sentiment was echoed by the UK Ministry of Defence, which earlier said that the development of hypersonic, or high-Mach, systems “are of growing world-wide interest”.

“The extra speed developed enables new capabilities including decreased time to target; improved penetration in contested environments; and the ability to access previously unreachable areas. For a range of defence uses, speeds over Mach 4 are desirable”, a spokesperson pointed out.

The statement comes as Russia, China and the US continue to develop their hypersonic weapons. The first hypersonic missile was unveiled by Russian President Vladimir Putin during his address to the country’s Federal Assembly in 2018, when he showcased several types of cutting-edge Russian weaponry.

The Avangard hypersonic glide vehicle is capable of flying at a speed of 20 Mach and higher, remaining unsusceptible to being targeted by existing enemy air defence systems. Avangard is expected to enter service before the end of 2019.