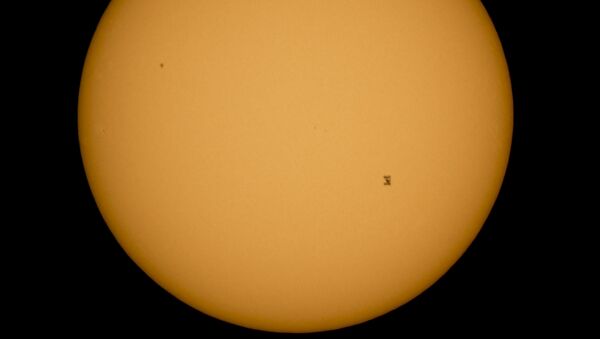 The transition of the International Space Station (ISS) in front of the Sun is not an unusual occasion because the station orbits the Earth every 90 minutes, but getting the timing and equipment to capture a great photo is rare.

Photographer Rainee Colacurcio has managed to capture a stunning photo of the International Space Station passing directly between the Earth and the Sun.

Despite being closer to the Earth, the ISS still looks dwarfed against the gigantic size of the Sun.

​The photo, selected as a NASA Astronomy Picture of the Day, is in fact, a combination of two photos - the one of the ISS passing in front of the Sun and the other - depicting details of the Sun's surface.

One of the photo's distinctive features is that the Sun has no sunspots - dark patches on the Sun's surface where temperatures are generally cooler.