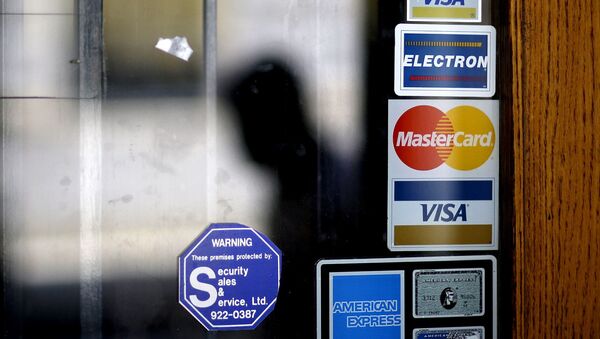 An Australian national who claims to have predicted many international political and financial events, also predicts the world will see an assassination of an undisclosed world leader using drone technology in the next three years.

The next US president will most likely face a “global crash,” says Dr. Richard Hames – an Australian man who describes himself as an “anticipatory futurist” and claims that in 1998 he predicted the 9/11 plane attacks on the World Trade Center.

He also says that an unnamed prominent world leader will be assassinated using drone technology within three years, and it will spark a global outcry, according to a report by News.com.au.

“There is now the technology to really monitor almost anyone in the world at any time, especially if you’re carrying a mobile phone, and deliver a toxic poison to anyone at all,” he says, according to the report.

“I think we’re going to see that very soon, especially given the antagonism between some world leaders and the difficulties between Israel and Palestine and now Iran and the US. The Middle East is just ripe for such an event.”

According to the self-described futurist, US President Donald Trump is likely to win the next presidential election and continue to lead the US in his characteristic ways. Hames justifies his prediction by pointing out that the Dems are in disarray and that the US economy is “going better than anyone expected.”

“At this stage Donald Trump will probably win the 2020 election and continue in his current manner of tough talk in the form of bluff and counterbluff,” he says.

Speaking on Trump and the Middle East, he also says that a war with Iran is possible but “hinges on two factors,” those being “whether John Bolton is ruthless enough to organize a false flag attack on US assets, and whether pressure from Netanyahu persuades Trump to turn Iran into a failed state at war with itself along ethnic and sectarian lines so that it no longer poses a threat to Israel.”

Trump’s victory, however, is going to come right ahead of a “second financial crisis,” which Hames believes is the consequence of the same dynamics that led to the 2008 global financial crisis, the report says.

“Since the global financial crisis, none of the structural dynamics have changed, in fact I think they’re getting worse,” Hames said. “There is going to be a global crash by the end of next year.”

On his website, Hames is said to have predicted a possible plane attack on World Trade Center in New York, as well as such major global events as the Arab Spring and the Global Financial Crisis. The website says Hames provides consulting to “governments and business corporations.” His newest predictions are a promotion of his tour around Australia that will take place between July and August this year, the News.com.au says.