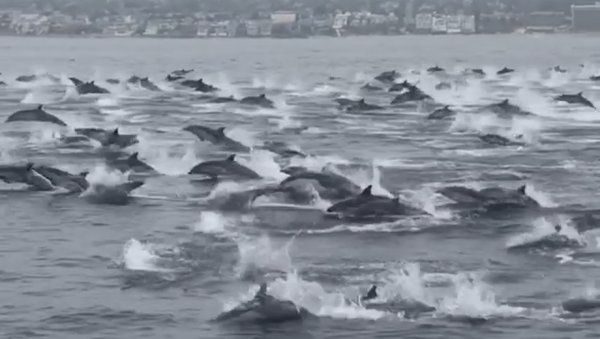 The sight of a lifetime!

A group celebrating their friend’s 30th birthday off the coast of Laguna Beach in Southern California had their minds blown as a massive pod of dolphins traveled alongside their boat.

According to Chuck Patterson, who posted the breathtaking video on Sunday, most of the pod appeared to be either babies or young dolphins.

“We are lucky to live where we live. If everyone witnessed this, people would think twice on the choices they make. The plastic bottles they purchase at Costco, the unnecessary straws in their water, and maybe unplug and head outdoors just a little more,” Trish Meyler, the original recorder of the footage, told Viral Hog in an interview for their website.