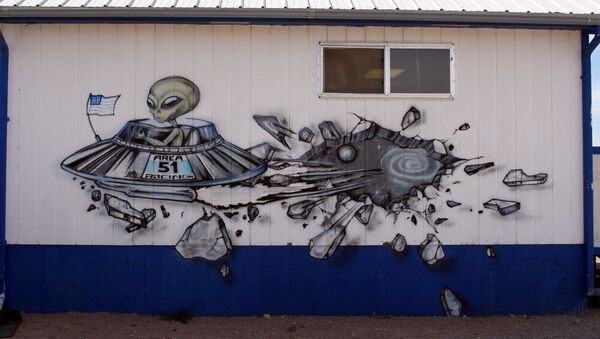 The legendary Area 51 is a detachment of Edwards Air Force Base and is guarded by the US Air Force, which has a stern warning for countless UFO buffs.

The US military has pledged to defend the Area 51 base from hordes of potential trespassers who joined a satirical internet movement to see little green men.

"The US Air Force always stands ready to protect America and its assets".

She did not elaborate, however, on how the military would stop the intruders.

American social media users have been talking up a storm on Area 51, the famously obscure military installation in the desolate desert of southern Nevada.

Set up in the 1950s, Area 51 is highly classified for purposes of national security, and the US government officially confirmed its existence only in 2013 in response to a Freedom of Information Act request.

The base is thought to be a test site for top-secret aircraft, but a popular conspiracy theory claims this is the place where the US government is hiding information about aliens and UFOs.

A tongue-in-cheek Facebook group titled “Storm Area 51, They Can’t Stop All of Us” has recently been created to build up a volunteer army and “see them [sic] aliens”.

Over 1.2 million people have signed up for the event, planned for 20 September, and another million indicated they are interested.

The event page has turned into an endless stream of Area 51 and UFO memes, which have taken over other social media platforms.

This one is my favorite 😂 #Area51 pic.twitter.com/2XYvDRYsQt

Another Simpsons prediction about to come true 😜 #Area51 pic.twitter.com/S2Olho5SYT

Me training hard making sure I’m ready for #Area51 pic.twitter.com/ly8fWdcaDa