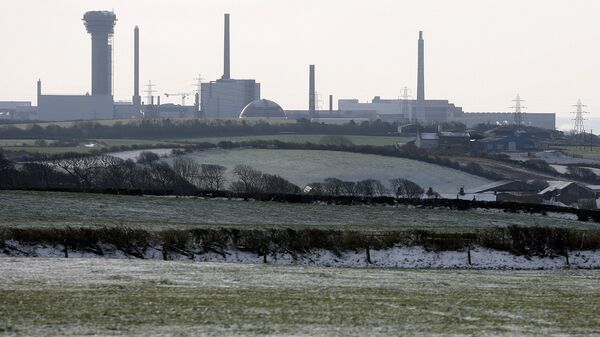 The UK’s sprawling nuclear processing Sellafield plant in Cumbria has a powerful claim to fame, dubbed the “most hazardous industrial building in western Europe".

There have been 25 safety breaches reportedly logged at the huge Sellafield nuclear waste plant in the UK over the past two years, according to The Sun on Sunday.

The cited incidents include radiation ominously leaking from a water pipe, a nuclear waste container for some reason not welded completely shut, spilt uranium powder and a bust pipe found to be leaking acid, to name just a few.

Logs show a bomb squad was summoned in October 2017 after potentially unstable chemicals sparked a scare, while just a month later it was revealed that a worker had been exposed to a low level of radiation.

Earlier this year, when a high-voltage cable was sliced, causing a power loss, the Office for Nuclear Regulation was swift to hit Sellafield with an improvement notice.

The Cumbria compound has a 140 tonne plutonium stockpile and takes in radioactive waste from the UK’s working reactors.

As bosses insist nuclear safety is an “overriding priority”, the 6km long, razor-wired site has, nonetheless, been dubbed the most hazardous place in Europe. 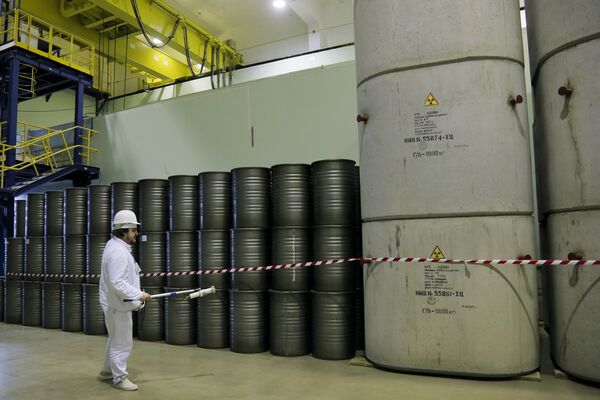 In this photo taken Wednesday, March 23, 2016, a worker checks the radiation level on barrels in a storage of nuclear waste taken from the 4th unit destroyed by explosion at the Chernobyl nuclear power plant, Chernobyl, Ukraine
© AP Photo / Efrem Lukatsky

Locals live in constant fear of a serious incident happening there, said Janine Smith, from the campaign group Cumbrians Opposed to a Radioactive Environment.

“One safety breach is one too many. There just shouldn’t be any. Just one error could be catastrophic. The buildings at Sellafield are all so close together that if something was to happen at that site it would be a disaster. It could be worse than Chernobyl”, said Smith.

In response to the nuclear security scares, Sellafield Ltd said it is “never complacent about safety."

"None of the events recorded in the past two years have been above the lowest level of classification. In line with our commitment to openness and transparency, we investigate all incidents and report details on our website,” said a spokesman.

The Chernobyl disaster occurred on 26 April 1986 at the No. 4 nuclear reactor in the Chernobyl Nuclear Power Plant, near the city of Pripyat in the north of the Ukrainian SSR. The meltdown generated a blast equivalent to the detonation of 500 nuclear bombs when a reactor exploded and burned.

It is one of just two nuclear energy disasters rated at the maximum severity level of 7, with the other being the 2011 Fukushima Daiichi nuclear disaster in Japan.