Trump Threatens Britain: Follow US on China, or No Trade Deal 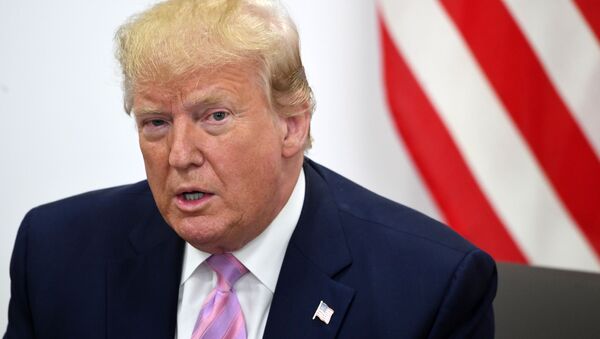 The trade war between China and US has seen increased pressure on US allies to follow its policies of restriction against Chinese telecoms company, Huawei from 5G core infrastructure and the company place on a US 'blacklist'. The UK has so far allowed Huawei access only to "non-core" infrastructure.

The Trump administration sent a stark threat to the UK on Saturday, warning that a post-Brexit trade deal with the US may depend on the UK's willingness to follow US trade policy towards Huawei.

The Sunday Telegraph reported that allowing Huawei access to newly-developed 5G networks and infrastructure could be a deal breaker when negotiating a new trade deal with the US.

The declaration is based on an alleged national security threat from the US which lays on the basis that Huawei technology is ultimately answerable to the Chinese government and could be used to spy on users of 5G infrastructure.

CEO of Huawei Ren Zhengfei has assured the UK that it would “never do anything to harm any other nation”. Huawei itself has also offered to sign a “no spy” accord with the UK.

This stands in contrast to US tech companies such as Apple and Google which have offered to sign no such agreement.

Reports from trade talks between the US and China reveal Telecoms companies believe that is likely the US’s actual concerns are more due to fear of international competition on the global market than any legitimate anti-security threat.

Speaking to The Telegraph, a civil servant claimed that Britain may have to capitulate to hardline American policies against Huawei as rejecting them could be seen as “undermining Washington’s efforts to reinvigorate the World Trade Organisation (WTO)”.

Another senior official said in The Telegraph that it’s becoming difficult to balance the need to improve mobile networks with the necessity of a free trade agreement as the US “keeps moving the goalposts”.

This comes as President Trump tweeted that he will allow certain purchases from Huawei which “which will not impact our National Security”.

I had a great meeting with President Xi of China yesterday, far better than expected. I agreed not to increase the already existing Tariffs that we charge China while we continue to negotiate. China has agreed that, during the negotiation, they will begin purchasing large.....

He said: “It’s impossible for them to accurately assess what their addressable market will be and could trigger delays to the roll out of 5G”.

This comes as Huawei says that it will lay off hundreds of employees in the US, citing the blacklist restrictions on trade resulting in decreased revenue.

This is not the first time the US has put out statements in recent months regarding British internal policy.

Secretary of State Mike Pompeo said in June that it would push back against a Jeremy Corbyn government in Britain, who has expressed disdain for the Trump administration.