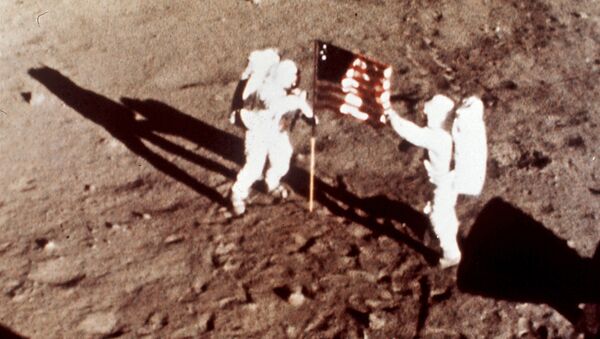 In March, US Vice President Mike Pence called on NASA to hasten its lunar initiatives and put people on the surface of the Moon within the next five years - a decision in part spurred by President Donald Trump, who has repeatedly pushed NASA to return to the lunar surface.

In his memo, Bridenstine said the leadership reshuffle was in line with the ambitious Artemis programme – an effort to send a man and the first-ever woman to the moon within the next five years, and named Kenneth Bowersox, a former NASA astronaut, as the new acting associate administrator.

“As you know, NASA has been given a bold challenge to put the first woman and the next man on the Moon by 2024, with a focus on the ultimate goal of sending humans to Mars,” Jim Bridenstine wrote in an email to staff, according to the Post.

“In an effort to meet this challenge, I have decided to make leadership changes to the Human Exploration and Operations (HEO) Mission Directorate.”

The Washington Post writes the developments come as Vice President Mike Pence and other White House officials met with Bridenstine recently to voice their frustration over the agency’s slow progress on tackling challenging new mission deadlines.

The new timeline gives NASA only five years to assemble the hardware and funds it requires.

In June Bridenstine told CNN Business NASA will need an estimated $20 billion to $30 billion besides NASA’s current budget over the next five years for its Artemis moon project.

The Washington Post earlier reported that many NASA employees were seemingly sceptical that the new Moon mission deadline is achievable without slashing other missions.

In March, Vice President Mike Pence called on NASA to hasten its lunar initiatives and put people on the surface of the Moon within the next five years instead of 2028.

"If NASA is not currently capable of landing American astronauts on the Moon in five years, we need to change the organisation, not the mission," Pence said then.

The decision was in part spurred by US President Donald Trump, who has repeatedly pushed NASA to return to the lunar surface.
NASA’s chief has previously said President Trump's desire to put humans back on the Moon provides a chance to test key tech before missions to land on Mars by 2033.