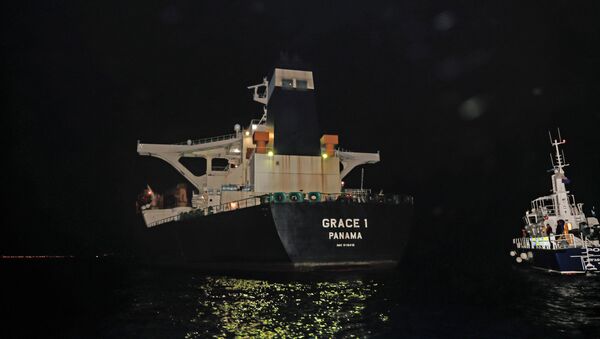 MOSCOW (Sputnik) - The Gibraltar police said they had released on bail members of the crew of the Iranian Grace 1 oil tanker, seized on suspicions of transporting oil to Syria in violation of EU sanctions.

The tanker was detained last week by the Gibraltar law enforcement, supported by UK marines.

"All four crewmembers of the Grace 1 arrested by the Royal Gibraltar Police have been bailed without charge," the police said in a press release, published on Twitter late on Friday.

The police added that they had released the vessel captain and the chief officer, arrested on Thursday, and two second officers, detained on Friday, under the ongoing investigation "into the suspected breach of EU sanction on Syria."

The probe was underway, the police added.

Iran has denied that Grace 1 transported oil to Syria.

Notably, Madrid has said that the tanker had been seized at the request of the United States amid mounting Washington-Tehran tensions.