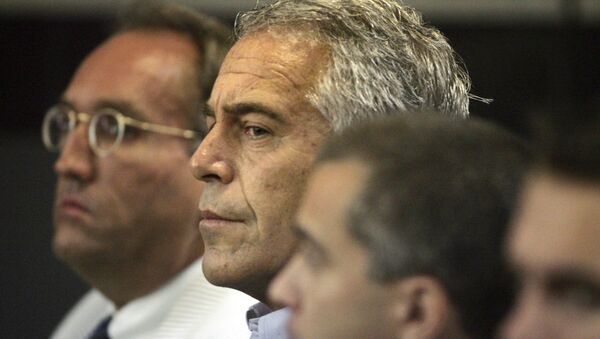 Ekaterina Blinova
All materialsWrite to the author
Former FBI Director Robert Mueller and a number of top-level Department of Justice officials may find themselves "caught up" in the Jeffrey Epstein sex scandal, say Wall Street analyst Charles Ortel and the US lawyer known by alias Techno Fog on Twitter.

Billionaire paedophile Jeffrey Epstein was arrested on 6 July and charged with sex trafficking of minors by federal prosecutors in the Southern District of New York (SDNY). According to the indictment, the financier, who pleaded not guilty, “sexually exploited and abused dozens of minor girls” at his mansions in Manhattan and Palm Beach from 2002 to 2005.

The Epstein sex scandal first caught the headlines in the 2000s. In May 2006, Palm Beach police filed a probable cause affidavit stating that Epstein should be charged with four counts of unlawful sexual activity with a minor and a lewd and lascivious molestation count.

However, the Palm Beach County state attorney referred the case to a grand jury, which indicted the billionaire on the lesser count in July 2006, as The New York Times revealed at the time, citing the Palm Beach police concerns over a potential "preferential treatment". The police sent the case to the FBI, which launched an investigation into Epstein in July 2006.

Meanwhile, in 2007-2008 Epstein lawyers managed to reach an agreement with federal prosecutors led by then-US attorney for the Southern District of Florida Alex Acosta and Department of Justice (DOJ) officials. According to the non-prosecution agreement, Epstein pleaded guilty for state charges of solicitation of prostitution and served just a 13-month sentence instead of possible 10 years in prison. He was also registered as a sex offender. It is still unclear how the FBI inquiry ended and whether the bureau also reached a deal with Epstein.

Not only the sex trafficking scandal but also the controversial plea deal concluded by the DOJ with Jeffrey Epstein in 2008 is likely to become the focus of federal prosecutors from the Southern District of New York, according to Wall Street and investigative journalist Charles Ortel. The analyst suggested that Robert Mueller and James Comey apparently were well-informed about the first Epstein scandal.

"The indictment revealed on 8 July covers alleged crimes that began in 2002, when Robert Mueller headed the FBI, and while James Comey was US Attorney in the Southern District of NY [in 2002-2003 and then Deputy Attorney General from 2003 to 2005 – Sputnik], where today’s charges were unsealed", Ortel pointed out. "Mueller was still head of the FBI when Epstein’s attorneys appear to have brokered a highly favourable resolution that allowed Epstein to plead guilty to state crimes and avoid prosecution for federal crimes. One wonders what records may exist concerning Mueller’s and/or the FBI’s analysis of this resolution?"

Citing reports that the Epstein case is being handled by the SDNY Public Corruption Unit (PCU), Ortel presumed that "authorities aim to convict not only Epstein, but many other powerful people and they are taking extra care and time to build their cases and develop their lines of attack so as to cast the widest net possible".

"One wonders how much damaging information Epstein had already shared with the FBI by 2008, and then, whether the FBI swiftly acted upon this damaging information, or chose to sit on it, or use it as leverage", the investigative journalist remarked.

The Wall Street analyst noted that the FBI and DOJ's failure to hold Epstein accountable for abusing minors evokes strong memories of former FBI director James Comey's oversight of the Hillary Clinton emailgate case and Robert Mueller's apparent negligence with regard to the Clinton Foundation controversy and a number of other peculiar cases which deserves further scrutiny, according to Ortel.

"Numerous decisions made at the FBI while Robert Mueller was director, and afterwards under James Comey, need to reassessed including the Uranium One case, the Anna Chapman case, the Epstein case and the failure to prosecute the Clinton 'charity' network when the FBI might easily have added the Justice Department in mounting unassailable arguments for convictions of many back as early as 2001", Ortel, who has been looking into the Clinton Foundation's alleged fraud for the past three years, pointed out. 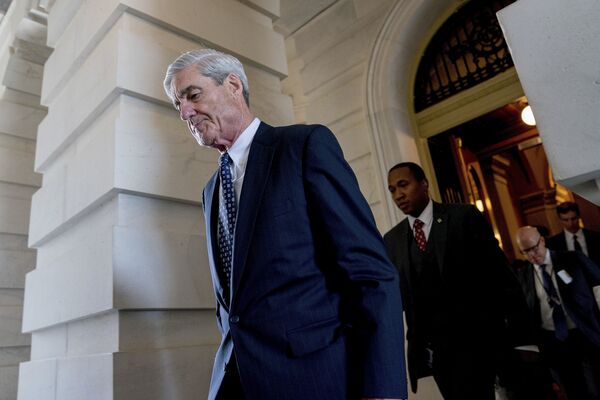 While the MSM is blaming the controversial plea deal largely on Alex Acosta, the US administration labour secretary who announced his resignation on 12 July, Alan Dershowitz, Jeffrey Epstein's lawyer admitted in his January tweet that "the plea bargain went through numerous levels of approval at main justice".

The plea bargain went through numerous levels of approval at main justice. It was by the book. You just don’t like result. https://t.co/BMp7JJvVhM

​Techno Fog, a pseudonym for a US lawyer, who has long been looking into the Epstein case, presumes that the whole Department of Justice (DOJ) was involved in the controversial plea deal up to its eyeballs.

And the efforts of the DOJ to protect Epstein (and itself):

1) their "avoid the press" strategy

2) how they can make up the "simple assault" crime (would have given him less than 6 months in jail) pic.twitter.com/Irg09viLoU

​"Consider for a moment that this is the DOJ covering its ass for the prior sweetheart deal", he said, commenting on the reopening of the case in 2019 and referring to conservative activist Mike Cernovich and The Miami Herald journalists' relentless work as the trigger for the case.

Jeffrey Epstein Indictment:
- Victims as young as 14
- Conspiracy w/ others to traffic minors
- All facts the DOJ knew when they gave him the previous plea deal

​"Court documents demonstrate that the DOJ had more than enough evidence to prosecute Epstein for trafficking young girls. This included witness interviews, bank records, travel records, and victim interviews. We know for certain that Epstein was a cooperating witness", he emphasised.

The American lawyer did not rule out that Epstein could have had "intelligence ties (not to mention powerful friends) that protected him from more serious charges by the DOJ and the State of Florida".

​In 2018, Techno Fog suggested that the FBI, then headed by Robert Mueller, struck a separate deal with Epstein in 2007-2008 citing FBI Vault documents. One of them, dated 18 September 2008 said: "Epstein has also provided information to the FBI as agreed upon". The lawyer asked rhetorically whether "pedophile Jeffrey Epstein an informant for Mueller's FBI".

He also drew attention to the fact that the non-prosecution agreement was signed by Epstein on 27 September 2007, while on 31 October 2007 emails indicated that at that time, FBI agents had still not interviewed all the victims.

How bad was the DOJ-approved plea deal?

10/31/2007: Internal emails show that FBI agents still had not interviewed all the victims. pic.twitter.com/dJYOXN26e6

​"Per court records, we have determined that the FBI continued to investigate the case after the NPA was signed because the terms of the NPA were not yet executed by Epstein", the lawyer said. "How legitimate was the Epstein deal? Legally it's legitimate. Morally it's bankrupt".

As for the reports that the Epstein case is now being handled by the SDNY Public Corruption Unit (PCU), Techno Fog noted that "it's very possible that the PCU is looking into whether corrupt accts contributed to the original Epstein deal".

"This is no guarantee that they'll find anything illegal. Federal prosecutors have a great deal of leeway in making their decisions", he added.

The scandal resurfaced after 12 years, in February 2019, when US Senator Ben Sasse, a member of the Senate Judiciary Committee, announced that the DOJ had responded to his numerous requests and opened a probe into the handling of Epstein's prosecution.

On 6 July 2019, Epstein was arrested at Teterboro Airport in New Jersey charged with sex trafficking. It was ordered on 8 July that he would be held in custody without bail pending a detention hearing on 15 July.