US Seeks to Use Space As Theatre of War, Refuses Discussion with Russia – Russian General Staff 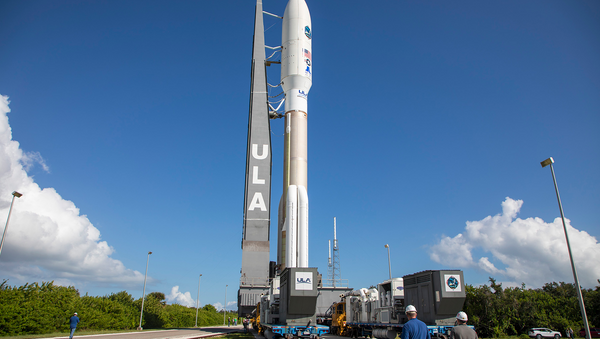 President Donald Trump decreed in February to establish the US Space Force in a bid to counter China and Russia in the space among other priorities. Moscow has repeatedly urged for the prevention of an arms race in space and its transformation into another theatre of armed confrontation.

The head of the Russian General of Staff, Andrei Sterlin, has said in a statement that the United States is looking to use space as a theatre of war. He condemned Washington for its refusal to engage in talks on the non-deployment of weapons with Russia and China.

"The Pentagon considers space as a potential theatre of military operations and demands to maintain complete freedom of manoeuvre in this direction. In this regard, the United States refuses to hold talks on the basis of the Russian-Chinese draft treaty on the prevention of the placement of weapons in space and the formation of an international legal framework limiting its ability to use space for military purposes”, Sterlin said.

On Wednesday, special adviser to NASA’s deputy administrator, William Gerstenmaier, reaffirmed the agency's commitment to pursue cooperation with Russia on the ISS programme regardless of political mood swings in Washington.

US President Donald Trump in February signed a directive to establish a new Air Force branch, the US Space Force, which will focus on global surveillance, missile targeting, and countering Chinese and Russian hypersonic weapons, among other priorities.

Russia condemned the move, calling on the United States to avoid an arms race in space. China echoed Moscow's stance, stressing that Washington is trying to justify its supremacy in space by undertaking this step.