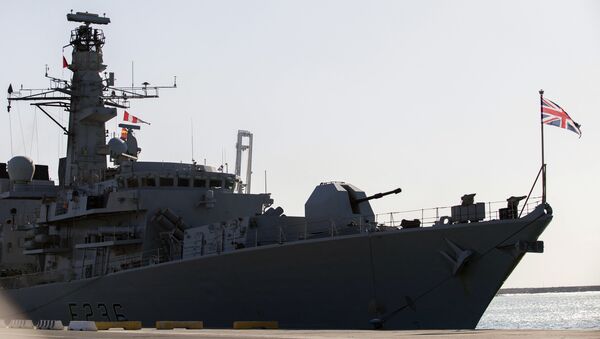 Speaking after a cabinet meeting on Wednesday, Iran’s President Hassan Rouhani warned that the UK “will realise the consequences later” over last week’s detention of an Iranian oil tanker in the Strait of Gibraltar.

“Now you are so hopeless that when one of your tankers wants to move in the region, you have to bring your frigates (to escort it) because you are scared. Then why do you commit such acts (seizure)? You should instead allow navigation to be safe", Rouhani added, describing the UK as “the initiator of insecurity”.

His remarks come after Royal Navy warship HMS Montrose was reportedly deployed to the Persian Gulf to escort British oil tankers over concerns about Iran’s possible attack against the vessels.

Bloomberg earlier reported that an oil tanker run by the British energy giant BP was “sheltering” inside the Gulf amid the company’s fears that it could be seized by Tehran in a possible tit-for-tat response to the detention of a tanker carrying Iranian crude.

London claims that the Grace 1 tanker, seized by Gibraltar police and customs agencies with the help of British Royal Marines off Gibraltar on 4 July, was carrying Iranian oil to Syria in violation of European sanctions against the Arab country.

Iranian Deputy Foreign Minister Abbas Araqchi , however, pointed out that “contrary to what the British authorities are claiming, the tanker was not headed for Syria” and that a Syrian port mentioned by the UK as the tanker's destination would not be able to accommodate the vessel.

He was echoed by Foreign Minister Javad Zarif who condemned Britain’s “unlawful seizure" of the tanker, which he insisted is tantamount to “pure piracy” and “sets a dangerous precedent”.

Gibraltar's Supreme Court has, meanwhile, extended the detention of the Iranian tanker for two weeks, referring to the EU sanctions against Syria.