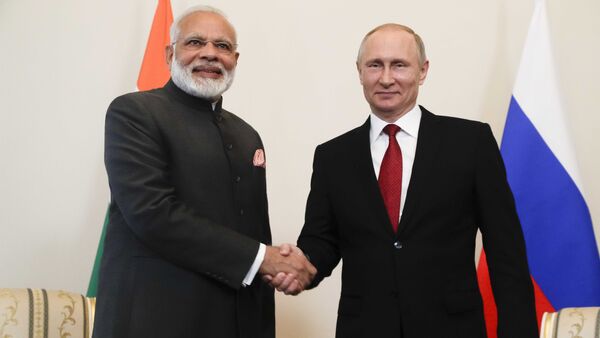 © REUTERS / Dmitri Lovetsky/Pool
Subscribe
New Delhi (Sputnik): India says it is working with Russia to overcome payment issues for its strategic imports from that country. Deputy National Security Advisor of India, Ambassador Pankaj Saran said both sides are working on rupee-rouble trade to overcome a crisis caused by US financial sanctions.

000000
Popular comments
Good for you India, there is nothing that you need to buy on that side of the planet. Everything you need to trade is in your hemisphere. Dump the dollar.
Foxylady
10 July 2019, 18:01 GMT2
000000
At the way that the U$A is sanctioning, and playing with tariffs, they will soon drive themselves out of business.