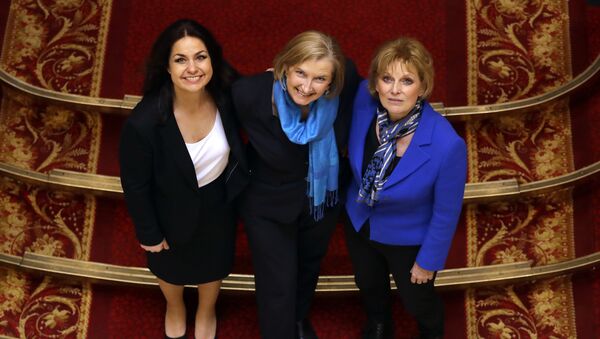 The news comes after rising speculation that Commons will trigger a general election by next year, with a Tory and Brexit Party members forming their own alliance with Boris Johnson and Nigel Farage as leaders, respectively.

Independent MP Heidi Allen has launched a coalition of pro-Remain parties aimed at challenging Brexit months after stepping down as the Independent Group interim leader.

Dubbed “Unite to Remain”, the group was launched on Wednesday by the former interim Change UK leader, which will forge an alliance with MPs from the Green Party, Liberal Democrats, Change UK, Plaid Cymru and others to strengthen pro-EU votes in Commons.

Unite to Remain will also encourage parties to step down if there is little chance of success and boost seats which have the strongest chances.

Ms Allen said that all Remain parties agreed to join the new group, and she plans to chair the group’s advisory council where party leaders and top figures of each party will convene for talks.

The Remainer alliance hope to gain 150 to 180 seats across the UK despite the Scottish Nationalist Party (SNP) not taking part, but donors are already supporting the nascent group.

Voters were "crying out" for parties to work together, Ms Allen told the Independent, adding that the “high likelihood” of a general election demanded "urgent" action to increase the number of MPs in Commons backing Remain.

She said that Brexit had "shifted the tectonic plates and shifted politics and our way of operating more than anything before", and accused "both Labour and the Tories" of "moving to the extremes”, causing people to not "recognise politics any more".

She added: “The only way we’re going to break out of that under first-past-the-post is to learn to work differently. I’m genuinely encouraged by the appetite in all the parties to try. We might not succeed and get as many seats as we’d like but we need to try to build a genuine centre-ground, internationalist movement.

Change UK, formerly known as the Independent Group lost six of its 11 MP, including Chuka Umunna and Heidi Allen, after a poor performance during the UK’s European elections and several of its European Parliament candidates resigned over scandals found on social media, forcing Remainer Anna Soubry to take over the party. But Conservatives have now narrowed their choices to hardline Brexiteers – former foreign minister Boris Johnson and the current one, Jeremy Hunt – with Johnson widely reported as becoming the next Tory PM by 23 July, when the new Prime Minister will be announced.