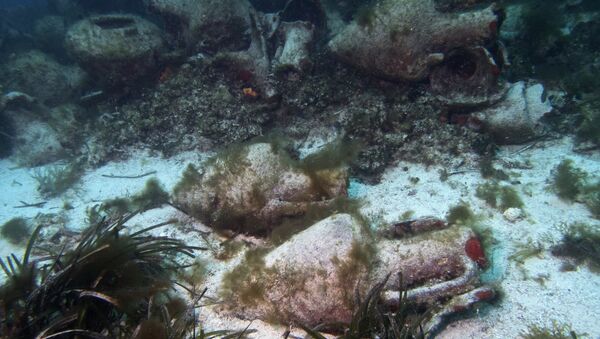 Buildings of shining white marble that have been unearthed on a hill-shaped Greek island appeared to date back to the same epoch as England's Stonehenge and the iconic Giza pyramids in Egypt, raising questions about when exactly the Ancient Greek era goes back to.

Excavations on a minute island off the Greek coast in the Aegean Sea appear to be revealing the earliest architectural complex ever uncovered in the area.

Dating back to around 2600 BC, the site has been found to comprise a whole series of marble buildings – over 60 – located on a small mountain-shaped island sticking out of the waters around the Greek island of Keros.

Although the first excavation attempts go back to four years ago, it is the recent careful data analysis carried out over the past 12 months that have helped arrive at the true scale of the underground monumental complex.

Incredible to think that the island I helped excavate is now becoming known as one of the most archaeologically significant of pre-historic Greece. https://t.co/j2W7wW1VVg

The findings have fully “transformed” our understanding of Bronze Age culture and the era’s level of progress, researchers say, suggesting that the undug complex implies that humans at the time were “organisationally, technically and politically” much more advanced than previously thought.

For instance, it has been assumed as a result of the excavations that the ancient Greeks covered 45,000 miles in total, shipping between 7,000 to 10,000 tonnes of reflective white marble from one island to another in order to decorate the exterior of the buildings.

"It is by far the largest prehistoric marine transport operation that has ever come to light anywhere in the world", Dr Julian Whitewright, a leading maritime archaeologist at the University of Southampton, told The Independent, adding the research demonstrates how integral to Bronze Age people’s culture seafaring was.

The marble houses could have served a religious function, it was assumed, and the “mini-mountain”-like site, referred to as Dhaskalio, is thought to retain a certain religious meaning, especially given the idea of mountain tops being the place that the Greek gods inhabited.

According to Dr Alan Peatfield of University College Dublin's School of Archaeology, the unearthed site is “potentially a fundamental place of origin for the phenomenon of sacred mountains within the Greek world”, while the complex itself is unique in having ever been found from this period in or around Greece before.

Dhaskalio is estimated to have been erected within roughly 100 years of the creation of what is believed to be the iconic astronomical observatory Stonehenge and the first Egyptian pyramids in Cairo’s vicinity.