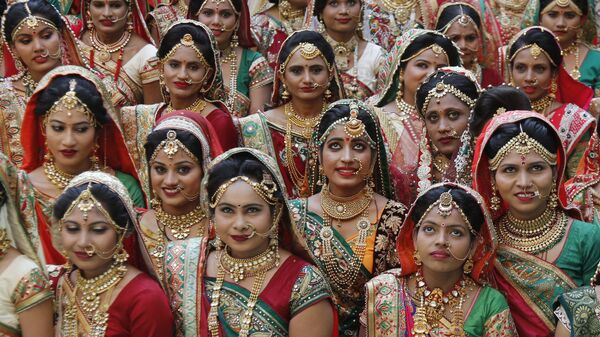 New Delhi (Sputnik): Couples eager to marry in the Indian coastal state of Goa will soon have to undergo HIV tests, the State’s Health Minister Vishwajit Rane has said, adding that it will be a prerequisite before exchanging wedding vows and registering a marriage.

Rane, who is also Goa’s Law Minister, said a proposal to make HIV tests compulsory before marriage is being evaluated by the law department.

"We are considering making HIV tests compulsory for prospective couples before registration of marriage in Goa. It is not mandatory right now," Rane told an Indian news agency on Tuesday.

The statement has drawn a mixed response from people on social media, with some of the calling it a bit intrusive, and others finding it justifiable.

Good idea but a bit intrusive? It is a step forward in knowing about the health of the partner that will also help determine their child's health after marriage. One should be encouraged for such medical tests. https://t.co/bZKhyRuqyS

Govt in Goa to make HIV tests mandatory before the registration of marriages. It’s a good step not to let the viral disease transmit to children from their parents. But Does the Goa govt register every single marriage in the state? https://t.co/qozixf3YO9

Excellent move, should be made mandatory everywhere

​One suggested it was a good idea to undergo medical tests for dangerous diseases instead of marrying based on horoscopes. But some want the Government to focus on perennial issues instead of thinking of ways to further regulate the general public.

Think about control and curing with proper science.. Make health care affordable... We people expect a lot from our govt and get nothing... Nothing!

What if someone is tested positive.. What then no marriage.. Or social exclusion... Is ur govt prepared to provide proper medication.. Is it?...

Rather than making it compulsory it would be better if time and energy is invested in making people aware.

Goa is a major tourist destination in India, known for its beaches and Portuguese heritage. Goa has had a total of 17,122 reported HIV positive test results from 1987 until 2019, according to a media report. A total of 1,175 AIDS-related deaths were also reported to the GOA SACS (State Aids Control Society) up until February 2019.​