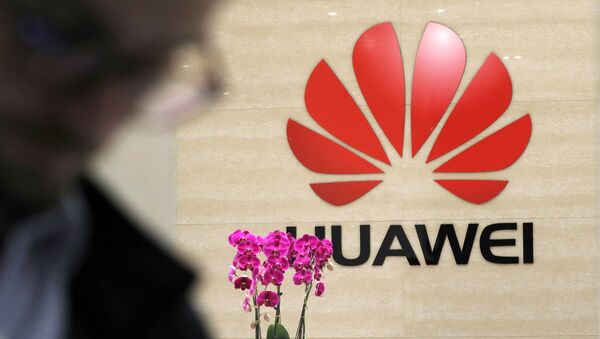 © AP Photo / Kin Cheung
Subscribe
Speculation emerged in April that the UK's Supreme National Security Council, led by the PM, agreed to allow Huawei to take part in its 5G build-up, but Theresa May's upcoming resignation is thought to have delayed the final decision.

Chinese Ambassador in London Liu Xiaoming has warned the UK that denying Huawei access to its 5G infrastructure would result in the British economy missing opportunities.

Speaking on BBC One on Sunday, the diplomat said he can promise "100 per cent" that if given access to the UK's fifth-generation mobile networks, Huawei wouldn't pass information on to the Chinese government – a concern that has damaged the telecoms giant's reputation internationally.

"Huawei is a good company, it is a leader of 5G. I think it you reject Huawei you will miss enormous opportunities. I think they are here for win-win cooperation they are not here to spy on people," Liu Xiaoming said.

The United States believes that Huawei, the world's largest telecom equipment manufacturer, is being financed by the Chinese military and could be conducting espionage on behalf of the government through backdoors that it allegedly pre-installs in its devices. Huawei insists that it is independent from Chinese authorities.

The Trump administration has cut Huawei off the American market and has been pushing its allies to follow suit. In case of the UK, Washington specifically threatened to curb intelligence-sharing if London allows Huawei to take part in its 5G build-up.

However, London said it would make its own decision regarding Huawei, and it was widely reported in April that the Supreme National Security Council had decided to allow the firm to supply "non-core" equipment to the UK. However, the government hasn't expressed its outright approval so far.

Despite that, major UK telecom operators still went ahead with using Huawei components for "non-core" elements of their 5G networks.

In a bid to quell security concerns and possibly win the lucrative 5G contracts, Huawei offered to sign "no-spy" deals with foreign governments, including the United Kingdom.

Huawei’s cyber security chief John Suffolk, meanwhile, has reassured British MPs that there are no laws in China that obligate the company to spy for the Chinese government.

Last month, Liu Xiaoming said a ban on Huawei would hurt China's trade and investment relationship with the UK as it would "send a very bad message not only to Huawei but also to Chinese businesses."

According to an independent report from Assembly, a UK-based consulting firm, the cost to the UK economy of restrictions on Huawei's role in 5G roll-out was estimated at between £4.5bn and £6.8bn.