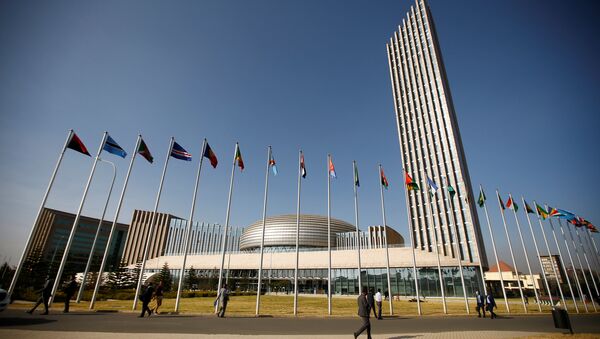 Diverging interests have been a topic of concern throughout the negotiation process for the new African Continental Free Trade Area, with differing economies raising various complaints, including Nigeria's disapproval for a potential flooding of its economy with cheap commodities, while South African manufacturers eagerly support the move.

A historic free-trade agreement removing most trade barriers and tariffs has been established between 55 African nations on Sunday in Niger’s capital Niamey, according to Euronews.

Four years of talks between 55 African states culminated in March, including the last-minute inclusion of Benin and Nigeria, to see the establishment of the African Continental Free Trade Area (AfCFTA), the largest trading bloc to be organized since the 1994 formation of the World Trade Organization (WTO).

The signatories of the AfCFTA aspire to advance African economic development by promoting intra-continental free trade and allow for relaxed restrictions on regional trade routes as well as on the movement of labour and capital.

The new economic bloc, although one of many existing trading arrangements on the continent, vows to reduce tariffs by 90 percent and has declared as it’s major focus the export of raw materials and the development of domestic manufacturing as a means of providing incentives for foreign investment .

The International Monetary Fund (IMF) in May described the trading zone as an “economic game changer”, akin to levels of development in Europe and North America.

The inclusion of Benin in the agreement was announced by the Commissioner for Trade and Industry for the African Union.

Nigeria said it join the bloc during the final two-day summit, in which issues of migration and security will be addressed.

Egyptian President and African Union Chairman General Abdel Fattah al-Sisi at the opening ceremony declared: “The eyes of the world are turned to Africa,” while noting that the new trade bloc would reinforce Africa’s negotiating position on the international stage.

Trade within the parameters of the new agreement will begin in July 2020, providing time for signatory states and business communities to adapt to the network and prepare for the functions of an emerging market.