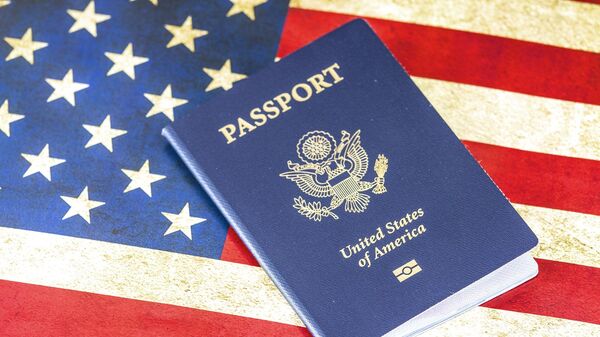 Following the Declaration of Independence by 13 British colonies on July 4, 1776, many mythologies, including the notion of American exceptionalism, became part of United States culture - a notion Dr. Peter Kuznik, a professor of history and director of the Nuclear Studies Institute at American University, said is rooted in falsehood.

“The idea of American exceptionalism is as old as the European landing in America,” Kuznik told Radio Sputnik’s Loud & Clear hosts John Kiriakou and Brian Becker on Friday.

“From the very beginning, this is the notion that the world is going to look to what’s set up here in America as the model for everybody else to follow if they want true redemption. But the notion evolves. It really is with the American Revolution in 1775, the Declaration of Independence in 1776 … there’s this celebration of July 4 and this developing notion of the US being this extraordinary, different kind of country,” Kuznik explained.

American exceptionalism is the belief that the US follows laws and norms that are unique in the world, and that as a result of those characteristics, the US became a powerful and morally superior country, Kuznik said.

“It is often used, the concept of American exceptionalism, to say that America is above other counties in a way that allows the US to act as a rogue power,” Kuznik explained, also adding that the notion re-emerged with vigor after World War II, in which the US fought from 1941 to 1945.

“It really gets back to the question: why no socialism in the US? Why, when the Europeans have great labour parties, great socialist parties, great communist parties, that wasn’t the case in the US? So people started to look at American traditions. One of the answers to that was provided in 1893 by Frederick Jackson Turner, the leading historian of the day. And Turner pointed to America’s frontiers. It’s called the Frontier Thesis, and Turner says what makes the US unique is we have this frontier position. And Turner argues that America’s great democratic values were honed on the frontier,” Kuznik explained.

According to Turner, the American frontier freed US citizens from European mindsets and old customs. He first described his analysis in a paper titled, "The Significance of the Frontier in American History,” which was presented to the American Historical Association in 1893 in Chicago.

“After WWII, it [the notion of American exceptionalism] gets tied into the discussion of the Cold War. And it becomes an ideological [element] that undergirds the US position in the Cold War against the Soviet Union. So it’s tied now to free markets; it’s tied to social mobility; it’s tied to certain freedoms,” Kuznik explained, also noting that the idea of American exceptionalism is “motivated by the desire to spread freedom and democracy around the world” and that belief that “Americans are the only ones who are not motivated by what the rest of the world is motivated by,” such as greed, for instance.

In an interview on the “The Today Show” in 1998, then-Secretary of State Madeleine Albright released a statement in which she famously referred to the US as an “indispensable nation.”

“It is the threat of the use of force and our line-up there that is going to put force behind the diplomacy. But if we have to use force, it is because we are America; we are the indispensable nation. We stand tall and we see further than other countries into the future, and we see the danger here to all of us. I know that the American men and women in uniform are always prepared to sacrifice for freedom, democracy and the American way of life,” she said.

Kuznik noted that Albright’s statement “was supported by a lot of people in that Clinton administration, including Hillary Clinton. Clinton repeatedly used the phrase ‘indispensable nation;’ Barack Obama repeatedly used the phrase ‘indispensable nation;’ [Soviet leader Joseph] Stalin, maybe he understood something when he said: one death is a tragedy, a million deaths is a statistic. Compared to what's going on now, what we were doing then and … now, [such as] our support for the Saudis in Yemen. And we justify it in the name of American exceptionalism.”

“From 1609, we’ve been a slave nation longer than we’ve been a non-slave nation, if we talk about the colonial period. If we want to talk about the roots, we still celebrate Columbus Day in the US. Christopher Columbus [is considered] the first national hero. Who was Columbus? What did he do? He began the slave trade,” Kuznik noted.

“The US has done a lot of great things in the world, and we shouldn’t lose track of that, because it’s part of the story. But the US has also time and again been as Martin Luther King said: the greatest purveyor of violence,” Kuznik added.