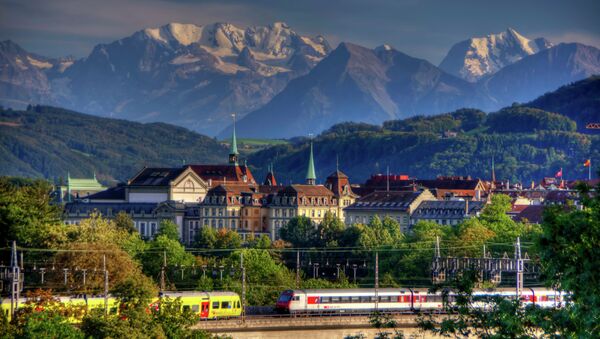 A quarantine has been imposed at Jassbach site, Linden, in Switzerland's Bern canton, which specialises in cyber-defence training.

An academy in central Switzerland has been attacked by a viral vomiting bug as over 40 military staff and recruits had to be rushed to hospital on 4 July, according to a government statement.

On Thursday, the Swiss defence department said 43 recruits and members of the Jassbach academy in Linden, in Switzerland's Bern Canton, came down with an acute case of gastrointestinal problems.

The patients all showed signs of diarrhoea and vomiting.

"As a result, all 43 service members were sent by ambulance and helicopter to hospitals and military medical facilities," the statement said.

ATS news agency learned from an army spokesperson that four of those affected were in a critical condition.

According to spokesman Daniel Reist, while 43 army members are affected so far, the number could change at any time.

The symptoms were also very different: in some cases it was diarrhoea and vomiting, in others only diarrhoea. In addition to the army, the hospital is also conducting an investigation into the incident. The army has set up a hotline for relatives.

The Jassbach site in Linden specialises in cyber-defence training.

The canton of Bern has imposed a quarantine on the site as a precaution, while authorities are still trying to determine the cause of the disease outbreak.