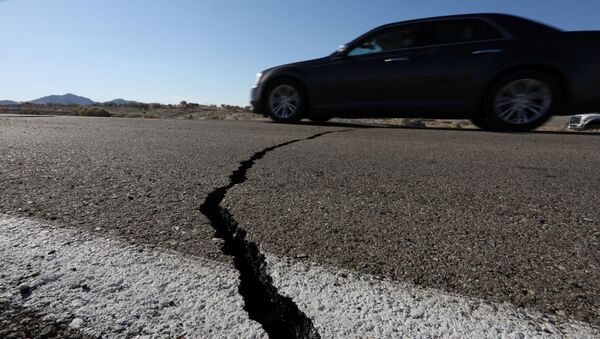 While the 4 July earthquake became one of the largest quakes to hit southern California since the 1994 Northridge earthquake, seismologists warn that a bigger disaster may yet befall the region.

As southern California reels from a powerful 6.4-magnitude quake that hit the region on 4 July, followed by a magnitude 5.4 aftershock early the next day, officials speculate that an even more powerful quake may strike in the coming days, CBS News reports.

"There is about a 1 in 20 chance that this location will be having an even bigger earthquake within the next few days", warned Lucy Jones, seismologist from the California Institute of Technology.

Peggy Breeden, mayor of the city of Ridgecrest, which is located near the epicentre of the earthquake, has also expressed concerns about "more potential damage", and declared a state of emergency for the city, as it allows the local administration "to seek services from all the entities, both state and federal" in order to help with the "clean-up".

The media outlet also notes that the quake became one of the largest to hit southern California since the 1994 Northridge earthquake which claimed the lives of 57 and left over 8,700 injured while also inflicting billions of dollars’ worth of property damage.