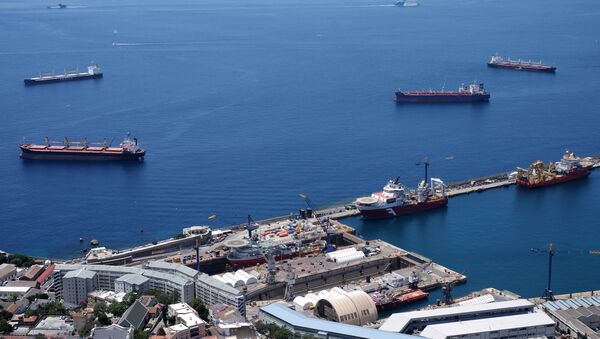 Earlier, British Royal Marines and officials from the British colony of Gibraltar detained a vessel suspected of transporting oil to Syria in violation of EU sanctions.

The Iranian Foreign Ministry has summoned UK Ambassador to Iran Nicolas Hopton over what it described as the "illegal seizure" of an oil tanker carrying Iranian oil to Syria, Iranian state television has reported, citing Foreign Ministry spokesperson Abbas Mousavi.

Earlier, Spanish officials said that the Grace 1, a Panamanian-flagged supertanker carrying Iranian crude oil to Syria and seized by British patrol ships off Gibraltar, was detained at Washington's behest.

Prime Minister Theresa May later praised the seizure, with a Number 10 spokesperson saying Gibraltar had sent a 'clear message' that the UK would not tolerate any violation of the sanctions. 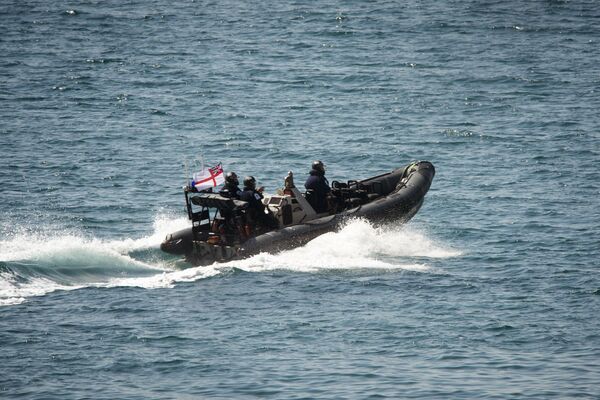 Gibraltar Chief Minister Fabian Picardo said there was evidence to suggest the tanker was attempting to deliver crude oil to the Banyas Refinery in northwest Syria, in breach of EU sanctions against Syria. The EU slapped the war-torn country with hard-hitting economic and energy sanctions in 2011.

Spain said it is still assessing the tanker seizure incident, since it took place in what Madrid says were its territorial waters.

The US enacted its own tough sanctions against Iran's oil sector in 2018, and threatened to apply secondary sanctions against any country or company that continues to engage in  the purchase of energy resources from the country. The UK, which remains a party to the 2015 Joint Comprehensive Plan of Action, widely known as the Iran nuclear deal, has not signed on to the US restrictions, although its companies have largely stopped trading in energy with the Islamic Republics in fear of economic repercussions.

Last week, the European Union announced that its INSTEX financial mechanism, meant to bypass US sanctions, had become operational. Iranian officials have said however that that system "isn't enough" to resolve the economic problems faced by Tehran due to crushing US sanctions.

Long-standing tensions between Iran and the US escalated sharply last month after an Iranian air defence missile shot down a $130 million US spy drone Iran said was operating in its airspace. The US maintains that the drone was flying over international waters. Following the drone's destruction, President Trump said he mulled airstrikes against multiple Iranian targets before backing down at the last minute.

The drone incident was just the latest in a series of back and forth developments which have hurt relations between the two countries. In May, the US deployed a carrier strike group to the Middle East, accusing Iran of posing an unspecified 'imminent threat' to US interests in the region. In mid-May and mid-June, a total of six tankers were attacked in the Persian Gulf and the Gulf of Oman in apparent sabotage attacks. The US accused Iran of responsibility for these incidents.

Tehran denied the claims and accused 'hawks' in the Trump administration and their Saudi, Emirati and Israeli allies of trying to inflame tensions to justify the US "economic war" against Iran. A view of the Grace 1 super tanker i near a Royal Marine patrol vessel in the British territory of Gibraltar, Thursday, July 4, 2019
© AP Photo / Marcos Moreno
Newsfeed
0
Access to the chat has been blocked for violating the rules . You will be able to participate again through:∞. If you do not agree with the blocking, please use the feedback form
The discussion is closed. You can participate in the discussion within 24 hours after the publication of the article.
To participate in the discussion
log in or register
loader
Chats
Заголовок открываемого материала