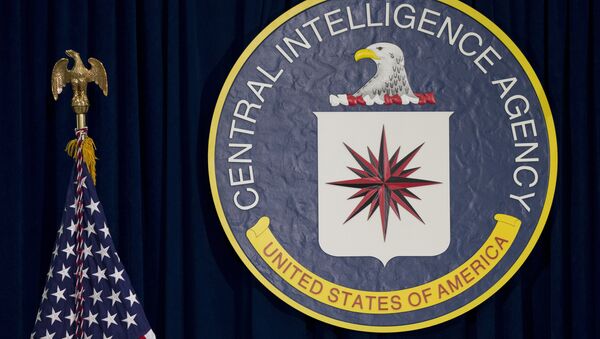 © AP Photo / Carolyn Kaster
Subscribe
Many members of the social media crowd lamented about their predicament during the Facebook and Instagram outage, switching to other platforms that weren't experiencing any technical difficulties at the time to express their feelings.

As numerous Facebook, Instagram and WhatsApp users around the globe found themselves having trouble uploading photos and videos to the social media platforms on 3 July, a legendary US spy agency stepped forward to put its two cents in and to possibly dispel emergent conspiracy theories in a humorous manner.

Using its official Twitter account, the Central Intelligence Agency publicly announced that they weren't the ones responsible for the problem, before offering netizens probably the most popular advice one might get when calling IT support: "Did you try turning it off and back on again?"

Yes, we are affected by #instagramdown, too. No, we didn’t cause it. No, we can’t fix yours. Did you try turning it off and back on again?

​Many social media users seemed to appreciate the agency's sense of humour, responding with jokes and quips of their own.

Some, however, opted instead to remind CIA of some less amusing issues the organisation allegedly is involved in.

You guys are cute. Want to talk about your torture and murder of detainees at the black sites now?

Many Twitter users also used this opportunity to quip about their social media platform working just fine amid this breakdown.

WhatsApp Down #FacebookDown #instagramdown what is happening? Twitter be the KING of Social media... pic.twitter.com/yIEYcrfEUY

How humbling must it be for Facebook and Instagram to have to slide over to Twitter to let everyone know they are down? #facebookdown #instagramdown pic.twitter.com/ge0Wjy47D8

Me turning my wifi on and off 25 times in a row and suddenly opens twitter and realized... ohh! stop blaming your wifi Everytime😂🤣🤣🤣 #instagramdown #WhatsAppDown #facebookdown pic.twitter.com/lbNbLixIiM

And others simply joked about their predicament.