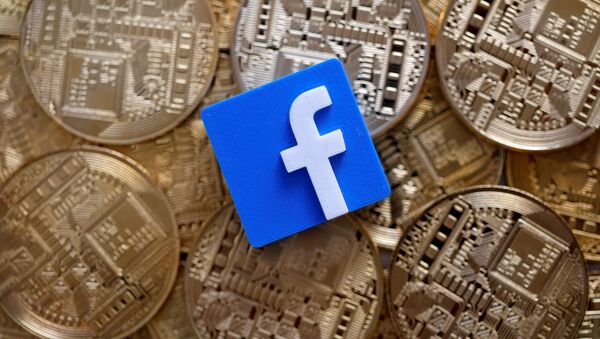 Ekaterina Blinova
All materialsWrite to the author
On 18 June, Facebook unveiled its new digital money that in contrast to Bitcoin will be backed by a basket of fiat currencies to prevent volatility. Wall Street analyst Charles Ortel has shared his vision on the future of the new stablecoin discussing which can be trusted more: Big Tech or Big Banks.

Facebook's announcement of its own digital coin, Libra, managed through a Calibra electronic wallet and founding of the Libra Association, a consortium of 28 members that will govern the new crypto-currency, has made a big splash prompting polarised opinions about the initiative.

​Rep. Maxine Waters (D-Calif.), the chair of the US House Financial Services Committee, argued that the US should not allow Facebook's digital money to "compete with the dollar" while another Democratic lawmaker, Sen. Sherrod Brown, warned that the tech titan has already become "too powerful".

​For his part, Stephen Moore, Donald Trump's previous Federal Reserve board pick and fellow at the conservative think tank The Heritage Foundation, opined that Libra is "a good thing" because it "represents a new challenge for central bankers that they now have competition from private currencies".

Charles Ortel, a Wall Street analyst and investigative journalist, has weighed up the pros and cons of the new digital currency and explained why Facebook's Libra is unlikely to dethrone the dollar.

Sputnik: While some finance experts are praising Facebook's initiative to ease money transactions between users around the globe, others are warning: "Do not trust Libra!" What are the major pros and cons of Facebook's new crypto-currency?

Having watched Facebook for years, I certainly do not trust Facebook and I use it minimally. Like Google, and like Twitter, Facebook lets you adopt various services, mostly for free but fails to explain just how valuable your participation as a user is to the executives and owners of these technology giants.

The business model that these firms use rightly should be regulated – before users continue (or start) using the platform, each one should be told, in simple and readily understood terms, how Facebook or Google or Twitter is likely to monetise the information supplied and created by each user.

Since its inception, Facebook has evolved into a public company that presently is worth about $500 billion. Its principal revenue stream is from advertising – as its user base adds more and more information, Facebook is able to gain increasing visibility into the habits of its already massive swarm of adherents. If Libra does become adopted and accepted, Facebook will know even more about its user base.

It boils down to trust – and I trust Facebook even less than I trust big players in the financial system. 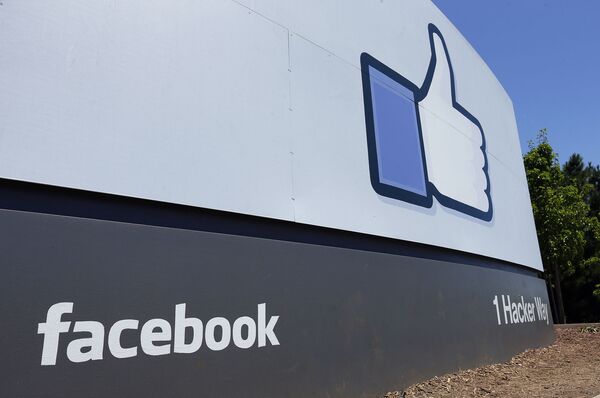 Sputnik: What's behind Facebook's decision to kick off a crypto-currency project? What immediate benefits will the Silicon Valley tech giant and its partners gain? Whom will Facebook and Co. be accountable to?

Charles Ortel: On paper, and until now, promoters of alternative "currencies" have garnered massive investment returns.  In part, this is because the largest nations on earth have behaved irresponsibly since 31 December 2008 (especially) spending trillions more than they receive in tax revenues while inflating asset bubbles by suppressing key, reference interest rates.

Meanwhile, as governments tighten regulation of the financial system (in theory and in practice), criminals and rule-benders need to find a home for the stock and flow of "dirty" money that does exist and migrate across borders each nano-second of each day.

Running a global payments operation where you decide who gets to participate and where you get to enforce one-sided rules can sound appealing and likely generates defensible sets of projections that could turn the billionaires of Facebook into trillionaires.

Before Facebook and we get too far into financial dreamland, US regulators (Congress, the Senate, the Treasury Department, and the Securities and Exchange Commission, among others) need to think clearly and deeply about the pros and cons of letting Facebook promote Libra.

I rarely agree with US Representative Maxine Waters but I support her cautionary approach on Facebook and on Libra. 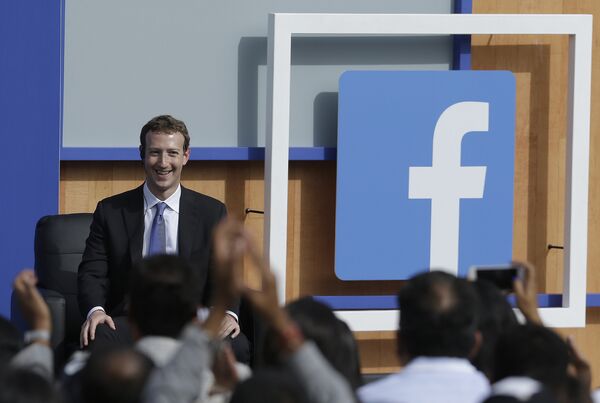 Sputnik: Libra's creators say that their currency will be backed by the so-called "Libra Reserve" to prevent volatility. Given the number of users, Facebook and its partners (including Visa, eBay, Uber, and others) have it appears that the Libra reserve would be comparable to that of a large financial institution. However, Facebook pledges not to develop its own monetary policy. What impact could the Libra and its giant reserve have on the global economy? What if Facebook decides to change the rules of the global financial game?

Charles Ortel: Opaque technology giants, and the people who own meaningful positions in them, have much to gain or lose in elections, particularly in nations with large user bases, or in nations, like Ireland, that have, for now, lenient corporation tax regimes.

To date, Mark Zuckerberg and others who operate user-based platforms have failed to protect user data, in some cases egregiously, while displaying disdain, even contempt for regulators and critics.

Clearly, Facebook structures its operations one-sidedly and has done so for years. So, perhaps executives there are confident they can get their user base hooked into Libra faster than regulators can act to stop the roll-out.

Perhaps Facebook is confident their technology wizards can outwit all hackers and scoundrels who will concentrate upon harvesting Libra for illicit purposes. I am less sure of that and believe only sovereign governments have resources and threats (prison or worse) to run, or to try to run, a widely-used global system of exchange fairly.

​Rather than allowing Facebook (or any non-government actor) to create rivals for currencies and financial instruments, the existing government system needs to reduce the mountain of debt created since 2008, while also offering savers and investors safe opportunities to earn "real" (after-inflation) rates of return.

Sputnik: A meme has surfaced on the internet mocking a Facebook ban this time imposed on a Libra user. It says: "You're blocked from your electronic wallet for 30 days" because "you purchased something that goes against our community standards". Could this joke turn into reality? Could the project end up with Big Tech having tougher control over its users?

Charles Ortel: Absolutely - this is a massive concern. Many believed that rapid advances in technology might encourage competition. Instead, in finance, and with modern global giants, the first mover now has commanding market positions that no national regulator can seemingly constrain.

​User-based platforms that harvest trillions in monetary value might fairly be treated as "utilities". Like suppliers of electricity or of energy, they should, perhaps, be regulated so that their investors earn a reasonable return on the capital they have deployed to create their systems.

Beyond that step, likely not one that will make Silicon Valley titans happy, Facebook and other real and quasi-utilities should not have unchecked power to turn off a user's access to service (and electronic history) because executives or managers find the views of a user clash with "politically correct" orthodoxy, or with the views of a political party or faction.

When it comes to payment systems and currencies, I see little chance that "In Facebook We Trust" will become "a thing", dethroning the US dollar or any other currency issued by a responsible government or central bank.

Views and opinions, expressed in the article are those of Charles Ortel and do not necessarily reflect those of Sputnik.