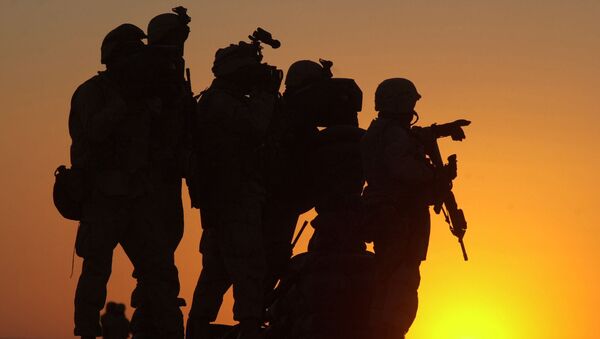 During a Monday interview with Fox News Channel's Tucker Carlson, US President Donald Trump said that nearly half of all American troops that were in Afghanistan have already been pulled out of the country.

"I've wanted to pull them out. And you know, I have pulled a lot out. We were at 16,000. We're down to about 9,000, which a lot of people don't know," Trump said, according to a transcript of the interview.  "So we've reduced the force very substantially in Afghanistan, which I don't talk about very much, and that's okay,” he added, suggesting that a complete US troop withdrawal from Afghanistan may take place sooner than expected.

The Taliban and the US are trying to reach a peace deal that would include the withdrawal of foreign troops from Afghanistan and assurances from the Taliban that the country will not be used as a safe haven for terrorists, Sputnik reported.

On Wednesday, Suhail Shaheen, the Taliban’s political spokesperson in Doha, said that Taliban representatives and US officials have made “spectacular progress” on a peace agreement to end the 18-year-old war in Afghanistan, Al-Jazeera reported.

During the interview Monday, Trump also said that Afghanistan seems to be a “lab for terrorists,” and thus, Washington would leave a “strong” intelligence presence in Afghanistan.

“I call it the Harvard of terrorists. ... But I would leave very strong intelligence there," Trump said.

Afghanistan has long been in a state of political turmoil, with the government unable to establish full control over the country's territory due to various terrorist factions, in particular the Taliban and Daesh. On Monday, at least 68 people were killed in an explosion in the Afghan capital of Kabul. The Taliban claimed responsibility for the attack.

In 2017, with Afghanistan’s armed forces struggling to respond to terrorist attacks within the country, Trump announced a resolution to send more troops to the war-torn state, while also appealing to NATO members to assist by deploying more of their service members to the war zone.

The US invaded Afghanistan in 2001 as a reaction to the 9/11 terrorist attacks, with the mission, Operation Enduring Freedom, lasting until December 28, 2014. In 2015, NATO initiated a new mission, Resolute Support, which was aimed at providing training assistance to Afghan security forces.