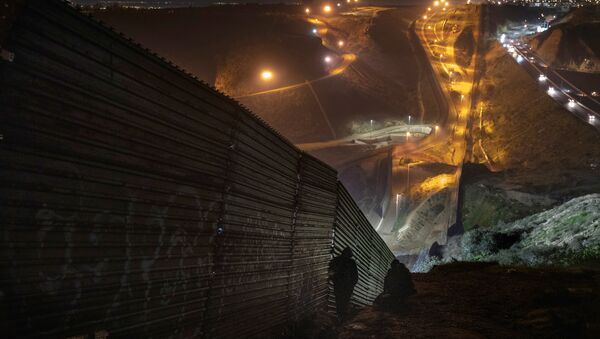 Earlier this week, the Department of Homeland Security inspector general drew attention to detention facilities on US-Mexican border struggling with significant overcrowding due to an influx of illegal immigrants.

Speaking to Fox News, Garza called the report “very accurate,” adding that the Council has called on Congress to act “for quite some time,” asking for funding and resources to cope with the overflow of migrants, which he described as “the worst we’ve seen in over 12 years.”

He defended US Customs and Border Protection agents, saying they are doing the best they can with what they have.

“The National Border Patrol Council condemns that behavior,” he said, adding that ProPublica identified three individuals who are alleged to be CBP agents posting inappropriate content. Garza said these individuals will be investigated and, if found guilty of wrongdoing, will face disciplinary measures, which may include suspension or termination.

Commenting on US Judiciary Committee chairman Jerrold Nadler’s allegations that CBP engages in child abuse, Garza said the chairman should divert his attention to a different issue.

“When chairman Nadler will accuse the drug cartels?” he asked. “The drug cartels are the ones who are orchestrating this crisis, and the members of the Congress are failing to acknowledge that we have a crisis.”

According to Garza, there is a solution to the ongoing issue.

“The solution is to stop encouraging illegal immigration. We need to make sure that we stop [it] and tell people ‘don’t come to this country, don’t abuse our immigration laws’” he said.

He pointed out that for this to happen, “the Congress must act together” and make appropriate changes to the law.

“If they don’t act, this suffering, what’s happening at the border, is just going to continue, and it will only get worse,” Garza said.

Earlier this week, the DHS published a report about overcrowded conditions in which illegal migrants detained by CBP must reside. Due to Congress’s reluctance to provide the CBP with adequate funding, the border patrol agency has no means to put thousands of detained illegal migrant families in appropriate shelters. Following the report, Representative Alexandria Ocasio-Cortez visited the facilities in person, and sparked massive criticism after posting tweets that were called “intentionally misleading” both by US current and former officials, and a group of pastors who also visited the facilities.

On Monday, after a long-standing resistance from Democratic lawmakers, US President Donald Trump finally signed the embattled border funding bill, providing the CBP with $4.5 billion aimed for humanitarian aid and expansion of the facilities.